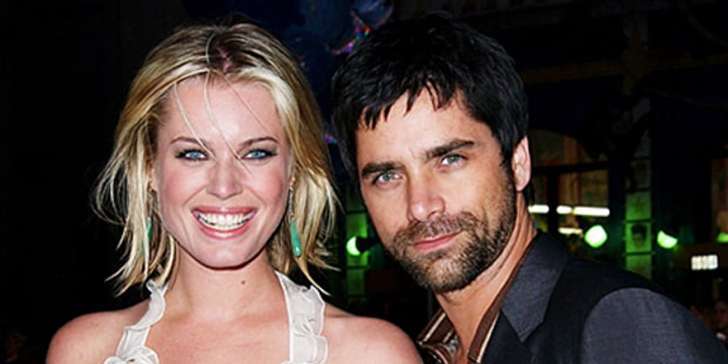 John Stamos and Lori Loughlin are the actors of the hit TV show, Full House. Playing the roles of Jesse and Becky, they melted fans hearts with a wishful thinking of seeing them date in real life. The most dedicated and biggest fans of the series Full House have always wished for the real life romance of the couple. Not just reel life but the fans are willing to see them as a couple outside the sets as their characters did on the family sitcom. "John and I had so much fun together, but even I am like, 'Why are people so obsessed with these two?' “Loughlin previously told in an interview. Finally the Jesse and Becky Date debate is getting over. According to the speculations, John Stamos and Lori Loughlin did go out in real life. Despite their timing was never quite right to get together off camera.

Lori was marriage when John was single; he was with Rebecca Romijn when she was divorced. There's always been some confusion as to whether ever they dated in real life. Both Loughlin who's been married to second husband Mossimo Giannulli for 18 years, she is a mother of 3 babies. Meanwhile Stamos who is currently single were asked about whether these two went out in real life. The two confessed being friends as young actors, working on daytime soaps long before Full House, Loughlin explains. While just being teenagers, "He asked me to go to Disneyland to see a band," Lori said.

When asked about any romantic involvement back then she replied saying, "We fight internally about that," she said with a laugh. "I'm like, 'Was that a date?' He's like, 'Yeah!' “While Stamos wants to assure it really was a date as he told sources, "As I recall, we ended up kissing,".”That sounds like a date, right?" Well it sure does sound like a date. With the fans obsessed with seeing these two date in real life, many find it hard to accept that they never have been romantically involved in real life. The characters they play in the popular TV comedy Full House of Jesse and Becky, got these two actors to be targeted any the fans so as to see them together share a love relation in the real world. However, these two accept of being great friends but deny having any kind of romantic inclination towards each other. These two did a step brother dubsmash video which was posted by Stamos on his instagram. Their net worth is not disclosed.