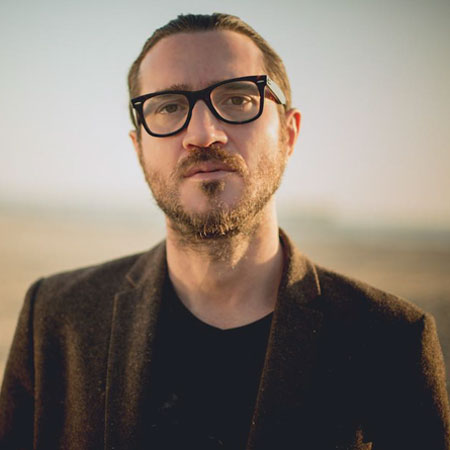 John Frusciante is a versatile musician who is known for being a guitarist, singer, songwriter and also a producer. He is most well recognized as the former guitarist of the popular rock band Red Hot Chilli Peppers. His nickname is Trickfinger. He currently releasing a sequel to his 2015 acid house record Trickfinger on Friday.

John Frusciante was born on May 5, 1970, at Queens, New York City in the United States of America.  He is an American by nationality and is of Italian descent.

John Frusciante was born to his father John Sr and his mother, Gail. He is the only child of his parents. Additionally, his mother was also a vocalist who gave up her career for raising her kids. His parents separated when he was still young, but his stepfather supported him a lot to pursue his career in music. He was presented his first guitar by his stepfather after which he taught himself to play guitar.

John Frusciante was a big fan of Jimmy Hendrix and Frank Zappa. When John was 15 years of age, he became a big fan of the local band Red Hot Chilli Peppers. When he turned 16 years of age, He quit his studies and home to become a musician.

John Frusciante struggled a lot in the initial stages of his career but kept the fire in him burning. He always wanted to be a musician, so he auditioned to become a guitarist for Frank Zappa but was unsuccessful.

John kept on trying, and he became the guitarist of Red Hot Chilli Peppers when he was just 18 years of age. He has also released numerous solo albums.

John Frusciante was with the Red Hot Chilli Peppers from 1988 until 1992, and then he briefly quit the band. He joined the band again in 1998 and continued till 2009. He has recorded five studio albums with the band.

His band was able to bagged Best Rock Song award in Grammy for Dani California and Scar Tissue. Moreover, he has also won a Grammy Award for Best Boxed or Special Limited Edition Package.

How Much Is John Frusciante Net worth?

John Frusciante has earned a lot of name and fame in the field of music. He has made a great reputation as being the main guitarist of the famous Rock band Red Hot Chilli Peppers. As he has expertise in the different fields of music, he is certain to have a huge income.

John also earns a lot from Rock concerts and musical shows. According to sources, his net worth is estimated to be around $14 million.

Personal Life: Who Is John Dating?

John married Nicole Turley who was a musician with the band named Swahili Blonde. Turley filed for a divorce in 2015. It was revealed that she sought $75,000 a month as part of a divorce settlement.

John refused to pay the amount, but the court made a decision in favor of Turley in 2015, according to which Frusciante had to pay $53.000 a month to his ex-wife.

John had many affairs in the past. Tony Oswald is known to be his first girlfriend and started dating in 1989 when they both were in teenage days. They separated in 1996. Again, John started dating Milla Jovovich in 1999 and broke up in a short time the following year.

John then dated Stella Schnabel with whom he was engaged in 2002. However, broke up the next year in 2003. He is also rumored to have an affair with Emily Kokal with whom he separated in 2007. Currently, he is in a dating relationship with Marcia Pinna(who is an Italian Designer).

John Frusciante earned a lot of name and fame in his life, but he has found it difficult to cope with drug issues from the very beginning of his career. He was known to be involved with marijuana smoking and also heroin addiction because of which he joined rehab in 1997.