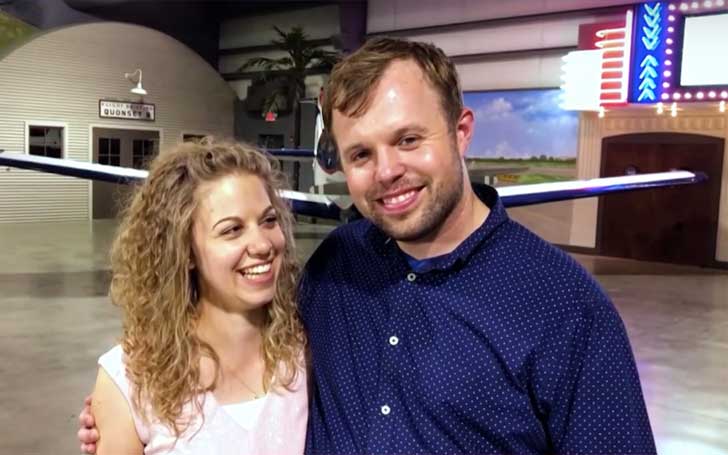 The couple announced their pregnancy on an Instagram post on Thursday, 1st August where they wrote: "We are on Cloud 9 about welcoming our own little Duggar into the world."

John David Duggar and Abbie Burnett announced they are expecting their first child
SOURCE: E! News
Meanwhile, many of their fans and social media followers had speculated they have been expecting their first child a couple of days before the official announcement. Duggar posted a photo with his wife marking the first anniversary of their engagement in which he can be seen wrapping his hands around Abbie's belly.

Many of their fans congratulated them for having their first baby in the comment section. However, some of the followers were not convinced.

The lovebirds, who started dating in June 2018, got engaged in an airplane hangar in front of a sign that read "Abbie, Will You Marry Me?"

Around five months later, Duggar and Burnett got married in Arkansas on November 3, 2018. Following their nuptials, they expressed their happiness in a statement that read:

"We are so excited to be married! It was a beautiful moment and we so appreciate our friends and family for sharing this day with us. Most of all we are thankful to Christ for bringing us together. This is going to be an amazing journey!"