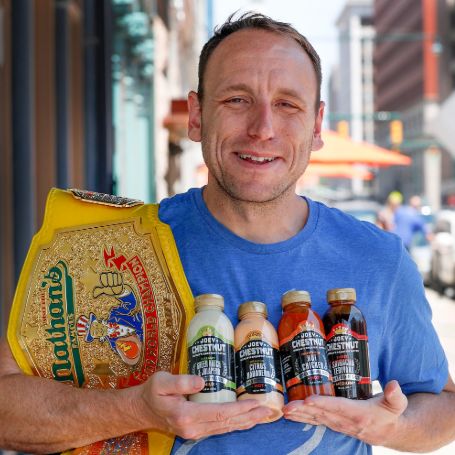 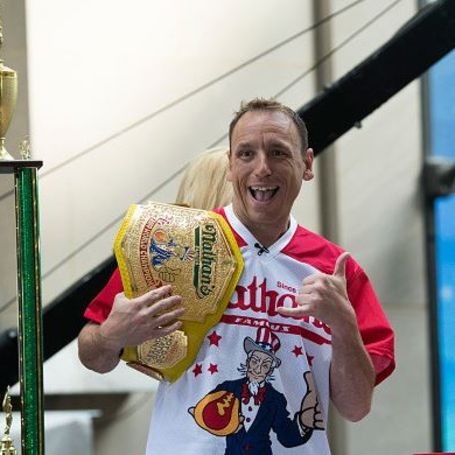 The same year, he appeared in Nathan's Famous Fourth of July International Hot Dog Eating Contest where Chestnut downed a total of 32 hot dogs and came third behind Takeru Kobayashi and Sonya Thomas.

Afterward, he took part in the Amazing Race 30 in 2018 along with his competitive eater friend, Tim Janus. Joey later won his 11th title with setting his another new record of 74 hot dogs at Nathan's Hot Dog Eating Contest.

According to the celebrity net worth, the competitive eater, Joey Chestnut's net worth is estimated to be around $1.5 million in 2019. He gathered the huge sum of wealth from his profession as a competitive eater.

Joesph has taken part in Nathan's Hot Dog Eating Contest where the winner is awarded $10,000. Since Joseph has won the competition for 12 times, his earning from the competition has reached $120k.

Moreover, as per some sources, a competitive eater can easily earn in between $250,000 to $500,000 per year from the prize money as well as from sponsorships. He also earns from many different endorsements deals from a variety of companies and social media sponsorship. According to some online sources, he earned approximately $230k from sponsorship deals in 2014.

Further, Chestnut also runs a YouTube channel under the name Joey Chestnut, which we can also consider his sources of income. He has 44.6k subscribers and has a total video of 10 as of September 2019.

Talking about Chestnut's assets, he owns a fancy house in San Jose, California. However, there is not much information about his house at the moment.

Meanwhile, Chestnut has shown his interest in charity works. He promised to donate all of his profit from his company to a military family care foundation, Hidden Heroes.

Talking about Chestnut's personal life, he is an unmarried man as of now. Looking at his past affair, he was in a relationship with Neslie Ricasa. 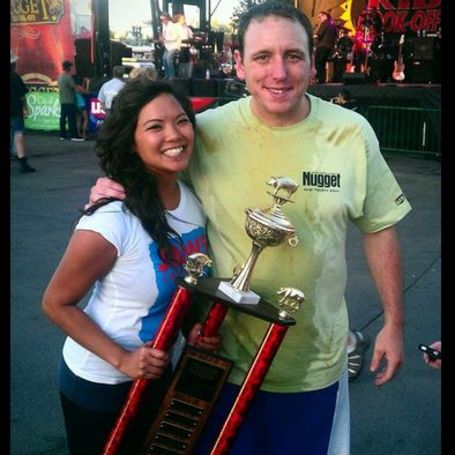 Joey proposed his girlfriend, Neslie Ricasa, after winning the Hog Dog Eating Contest of 2014. Unfortunately, their relationship couldn't last long as the pair broke up in 2015.

Besides, Joey doesn't readily share information regarding his personal life and relationship stuff with his followers. He has 27.4k followers on Instagram and 31.3k followers on Twitter as of September 2019.

Joey Chestnut was born as Joseph Christian Chestnut in Vallejo, California on November 25th, 1983. As per his ethnicity, he is white and holds American nationality.

Concerning his educational background, he went to the Vallejo high school and later joined the prestigious University of San Joe State. He is 35 years old and currently resides in San Jose, California.