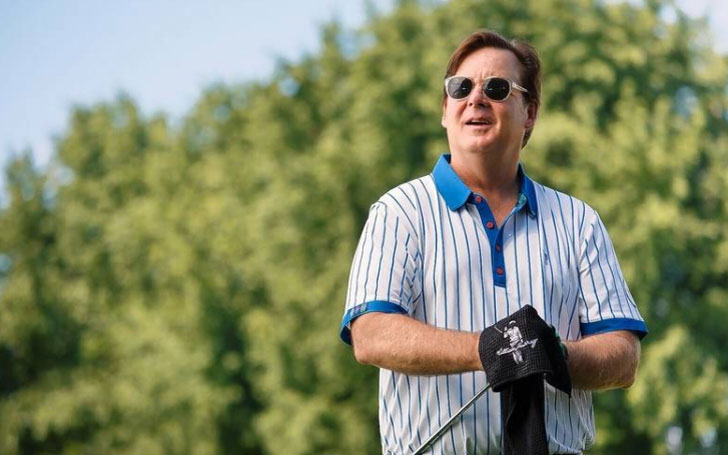 Joel Murray, born on April 17, 1963, is an American actor. He has had prominent roles in television series such as mad men, grand, love and war, and dharma and grey. He has also appeared in films such as god bless America and monsters university.

Murray was born and raised in Wilmette, Illinois, the son of Lucille (nee Collins), a mail room clerk, and Edward Joseph Murray II, a lumber salesman. He grew up in an Irish catholic family. He is the brother of actors bill Murray, brian Doyle-Murray and john Murray. His sister Nancy is an Adrian Dominican sister in Michigan, who travels around the U.S. portraying st. Catherine of Siena.

In high school at Loyola academy, Murray was captain of the football team and the lead actor in one of the school's musicals. His entertainment career began in Chicago, Illinois, where he performed at various improvisational theaters, including the improv Olympic, the improv institute, and the second city.

Murray starred in the 1990 television series grand, the 1991 comedy series Pacific Station, the 1992 comedy series love & war as Ray Litvak, and the ABCseries dharma & gerg as Pete Cavanaugh. Murray also featured in commercials for First Chicago NBD. He provided his voice for the short-lived 1994 series Beethoven and the TV series 3-south. He played the supporting character "Fitz" on CBC's sitcom still standing. He appeared as Eddie Jackson on showtime's series shameless in 2011.

Murray's first film role was in the 1986 comedy film one crazy summer as George Calamari. His other roles include the 1988 comedy film Scrooged, with his brothers bill, brian, and john. He appeared in the 1992 movie shakes the clown with one crazy summer co-stars bob Goldthwait and tom villard.

In the first, second, fourth, fifth and seventh seasons of the Emmy-winning AMC TV series mad men, Murray appeared in 15 episodes as copywriter Freddy Rumsen. He has made guest appearances on television shows such as the nanny, Joan of arcadia, two and a half man, Malcolm in the middle, criminal minds, and blossom.

In the 2012 film god bless America he portrays Frank, a man whose contempt for superficiality and meanness in American society sends him over the edge and into a killing spree.

In the 2013 Pixar film monsters university, he provides the voice of Don Carlton, a middle-aged monster who is a college student and salesman.

In April 2014, Murray replaced chip eEten in the improv-comedy troupe Whose Live Anyway? and performs with whose line is it anyway? cast members Ryan stiles, gerg props and Jeff B. Davis. He portrayed in the same year Ted in the comedy horror film bloodsucking bastards. There's no particular salary given in his bio but this actor's net worth is $1.5 million.

Joel has been married to Eliza Coyle since 1989 and they have four children; three sons (Hank, Gus, and Louie) and one daughter (Annie) with no other affair rumors. He and his brothers own a country-club themed restaurant, the Murray Brothers "Caddyshack" (run by his brother Andy), named after the 1980 comedy film which starred his brothers Bill and Brian, located in the world golf village resort near St. Augustine, FL, He uses his free time writing, playing golf and coaching his sons in baseball and basketball.