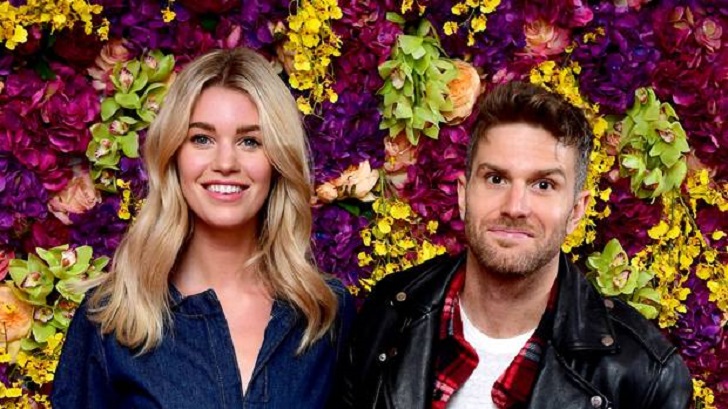 English comedian and actor Joel Dommett, who is widely known for appearing in Skins, Impractical Jokers the UK, I'm a Celebrity...Get Me Out of Here!, and Live in Chelsea, has recently tied the knot with longtime girlfriend-turned-wife Hannah Cooper.

So, how and when the pair started dating? And how was their special day? Scroll down to know every personal information of newlywed pair Dommett and Copper.

Dommett and Cooper have exchanged the vows in a romantic ceremony on 9th September in Mykonos. The pair announced the happy news via Instagram on Tuesday uploading pictures from their beach wedding ceremony.

Dommett, on Instagram, mentioned that it was the best day for him, whereas Cooper uploaded the same snap captioning “My heart.” 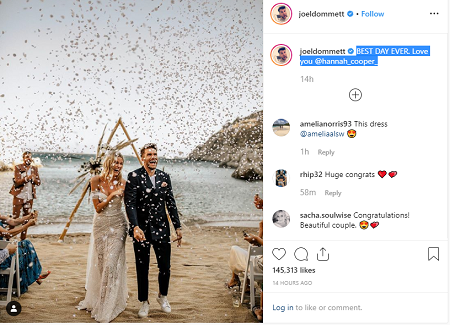 For the special day, Cooper wore a beautiful lacy off-the-shoulder bridal gown with a semi-sheer skirt. Her soft waves hair design and rich palette of make-up enhanced her beauty. On the other side, Dommett looked dashing in a dove grey t-shirt and navy suit with a box-fresh trainer. 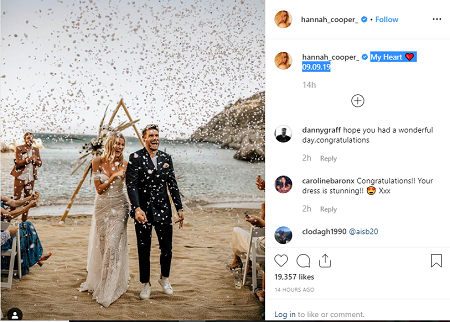 Celebrities like Lisa Snowdon, Candice Brown, Russell Kane, Emily Atack, and many other stars did not take long to congratulate the newly married duo.

Earlier this week, Dommett took his Instagram to confirm that it was indeed his wedding week posting a picture with his bride-to-be in matching white swimwear.

He wrote: 'It’s WEDDING WEEK. Can't wait to share bikini bottoms for the rest of our lives together @hannah_cooper.'

Around one and half years before tying the knot, Dommett and Cooper got engaged in December 2017. Actually, they got engaged after dating for around a year. In May this year, the pair confirmed that they had bought their first house together.

The romantic proposal melted the hearts of thousands of fans. Their engagement required numerous candles and the final page of his book, It’s Not Me It’s Them. 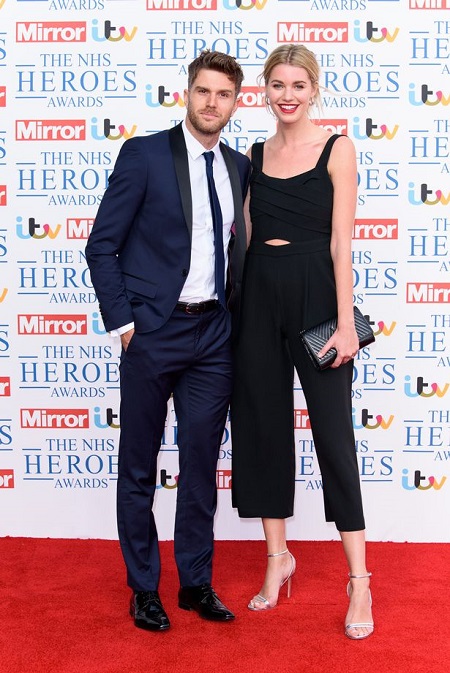 On an episode of Loose Women, Dommett claimed that it was love at the first screen than sight. He admitted that it was a rocky road before he found The One. The newly married couple met on Instagram.

Some of Dommett’s social posts have often made people compelled to think that he is gay and doubt his sexuality. In one of the posts shared on Facebook, Dommett shared that a gay man was hitting on him.

Thankfully, his relationship with Cooper has cleared out all the doubts.