Joe Mantegna is a prominent American actor, producer, and director who started his career with the musical stage Hair in 1969. The 73-year-old actor is also well known for his role in film and television such as Three Amigos, The Godfather Part III, Forget Paris, Up Close and Personal, First Mondy, Joan of Arcadia, and Criminal Minds.

His father was a Calacibetha, Sicily, native, an insurance broker, who pa s sed away in 1971 due to tuberculosis, and his mother, a shipping clerk from Acquaviva Delle Fonti, Apulia, Italy, died in 2017 at 101.

Joe grew up as a Catholic and went to J. Sterling Morton High School East in Cicero, Illinois. He attended Goodman School of Drama at the Arts Art Institute of Chicago (now at DePaul University), graduating in 1969.

Joe Mantegna is a renowned actor who has been active in the entertainment industry since 1969, debuting with the musical stage Hair.

He earned Tony Award for Best Featured Actor in a Play as well as a Joseph Jefferson Award for playing Richard Roma in the theatrical play Glengarry Glen Ross.

One of Joe Mantegna's Career Interview;

The Tony winner gained further fame for his subline acting performance in film and television such as Three Amigos, The Godfather Part III, Forget Paris, Up Close and Personal, First Mondy, Joan of Arcadia, and The Starter Wife.

He played the main role of David Rossi in the hit CBS crime drama series Criminal Minds from 2007 until 2020. The series starred actors like Thomas Gibson, Lola Glaudini, Kirsten Vangsness, and more.

The 73-year-old actor has a whopping net worth of $25 million as of May 2021. The main source of his income is his long-decade success in acting and directing.

As per his salary, he ama s sed $130 thousand per episode from the CBS crime drama series Criminal Minds. Similarly, one of his films, The Godfather Part III, has earned $136.8 million against the budget of $54 million.

The Criminal Minds star is married to his long-time partner Arlene Vrhel, a restaurateur. The couple tied the knot on October 3, 1975, in a beautiful ceremony. 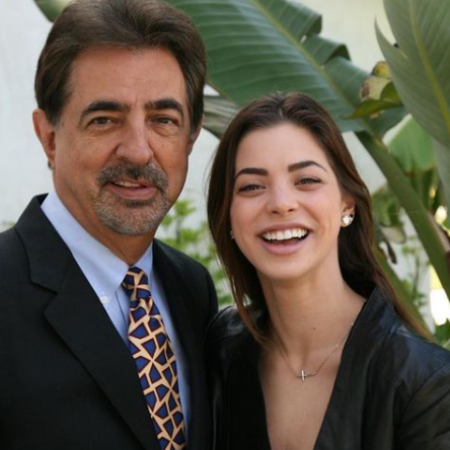 His wife, Vrhel used to run a Chicago-themed restaurant near Burbank, California, named Taste Chicago but it has been closed due to unrevealed reasons.

Besides, Joe is a loyal fan of the Chicago Cubs team. He is also a temporary patient of persistent facial characteristics of the disease.