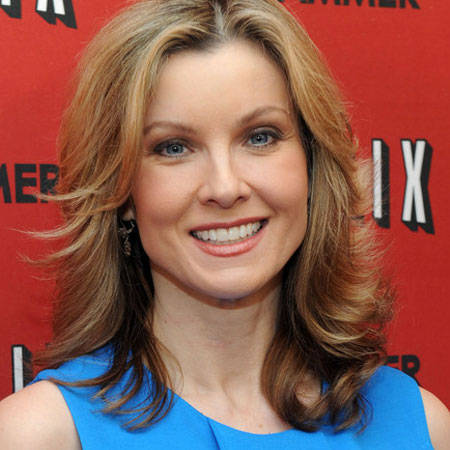 Jodi Applegate, an American broadcast journalist, has worked as an anchorman at local stations as well as on MSNBC and NBC News nationally. She is one of the experienced journalists in the MSNBC news source. She has contributed to various shows of the network. Previously, she was an anchor at WNYW TV and WCBS radio.

Applegate briefly worked as an actress before turning to newscasting. In 1986, she appeared in a television version of the classic children’s book A Pocket for Corduroy. She shifted her job from an actress to journalist in the early 1990s.

Initially, she worked as host of Close Up on C-SPAN- a weekly public affairs program that featured a high school student audience. She then moved to Metro Traffic in San Francisco as a traffic reporter.

Regarding her personal life, she has been married to TV broadcaster Michael Kay. The couple shares two children.

Jodi Applegate was born on 2nd May 1964 in Wheeling, West Virginia under the birth sign Taurus. Applegate is American as per nationality and as far as her ethnicity is concerned, she is White. Her parents raised her in an Irish American Catholic Family.

Applegate went to the Moon Area High School for her early education and later, she moved to a Temple University in Philadelphia where she spent her freshman year. She then moved to New York University for her degree in the field of television and film.

Initially, Jodi Applegate started her career as an actress. Applegate worked in a TV version of the classic children's book, A Pocket for Corduroy in 1986 where she portrayed the role of a mother. The following year, she appeared in the TV version of the book, There's a Nightmare in My Closet by Mercer Myer.

At the beginning of her journalism career, Applegate worked as a host for C-SPAN's weekly public affair program, Close Up. She then worked as a radio and TV traffic reporter for Metro Traffic in San Fransisco. She also worked as a host of Good Morning Arizona on KTVK from 1993 to 1996. 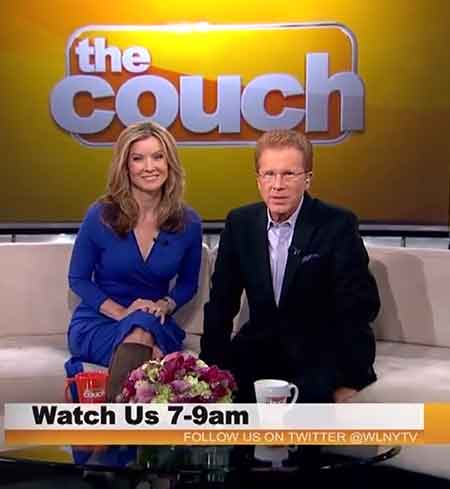 Later, Applegate worked for huge channels such as MSNBC and NBC News and her presentation skills made everyone a fan of her. She began her journey to stardom as an actress and later she decided to switch fields. 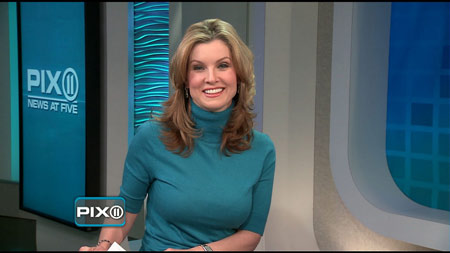 In 2009, Applegate returned to TV News and joined News 12 Long Island as an anchor. The following year, The Tribune Company named her as sole anchor of its revamped 10:00 PM newscast on the weeknight.

Jodi Applegate's Net Worth And Salary

Jodi Applegate's net worth is $5 million at present. She has been very successful in her career and she has great earnings from her work.

According to some online sources, an NBC employee earns an average salary of $72 thousand and her salary also comes under the range while working there. With such earning, she is maintaining her lavish lifestyle.

She worked as a host of Close Up on C-SPAN, a weekly public affairs program that featured a high school student audience.

Her personal life has been as perfect as her career. Jodi Applegate is married her boyfriend turned husband Michael Kay in the year 2011 and till now their relationship as husband and wife is going very well. They dated for almost two years before getting married. The couple met for the first time at KTVN in Reno, New York. 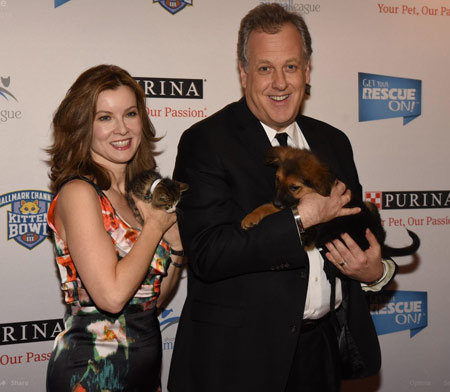 Moreover, her husband, Kay is the TV play-by-play broadcaster of the New York Yankees. He is also the host of Centerstage on the Yes Network.

The couple shares two children a daughter Caledonia Rose Kay and a son Charles Applegate. Her son was born on 12th November 2014 and her daughter was born a year earlier on 5th January 2013. Both of her children are born via surrogacy.

The husband and wife couple is together for years without any divorce rumor.