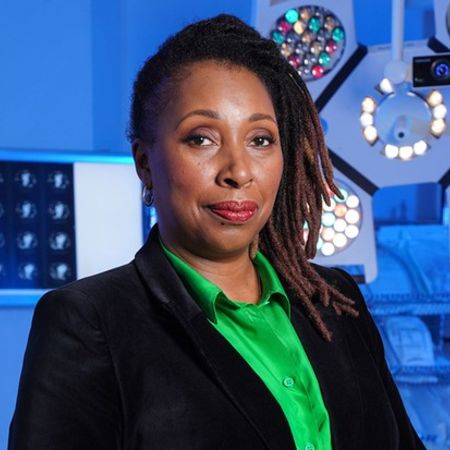 British actress Jo Martin grabbed wide attention following her role as Natalie Crouch in the BBC One sitcom The Crouches from 2003-2005. She also has acted as police officer in Christopher Nolan's Batman Begins. Her other successful projects include Doctor Who, Holby City, and EastEnders.

Jo Martin was born in London, the United Kingdom, to a Jamaican mother. She holds British nationality belonging to the mixed ethnicity.

Jo Martin began her acting career as Pearl in the 1988 crime drama film For Queen & Country. After that, she appeared in several TV shows like Birds of a Feather, The Brittas Empire, and Comedy Nation.

In 1999, Martin played the role of Cheryl Stoney in the television true crime film The Murder of Stephen Lawrence. The next year, she was cast in the film The Jolly Boys Last Stand.

Her other early projects are Casualty, My Family, and Cheeky. From 2003 to 2005, Jo played the iconic role of Natalie Crouch in the BBC One sitcom The Crouches opposite Jimmy Akingbola. 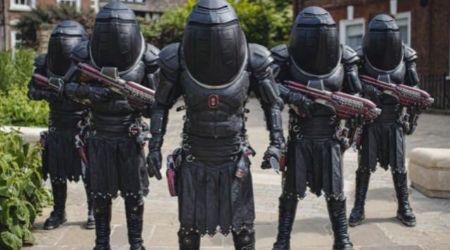 Subsequently, Martin featured as a police officer in the superhero film Batman Begins in 2005, alongside Christian Bale, Liam Neeson, and Katie Holmes.

In 2007, Jo landed the role of Melanie in the crime drama thriller film Deadmeat. From 2010 to 2020, she played the role of Max McGarry in the medical drama BBC One Holby City.

Martin made a guest appearance in the science-fantasy Wizard vs Aliens in 2013. The next year, she was cast in BBC One soap opera EastEnders.

Her other notable roles are in Together, Jonathan Creek, and Back to Life. She currently appears in the science fiction drama series, Doctor Who.

The Crouches star, Jo Martin's exact net worth is currently unavailable. But, the actress is believed to have a total fortune of $250 thousand, as of January 2020. She earns a tremendous amount of wealth from her acting career.

Martin has appeared in 2005 superhero film Batman Begins, which was made under the budget of $150 million and had a box office collection of $375.2 million worldwide.

There is no information about actress Jo Martin's personal life at the moment. Unlike other celebrities, the actress doesn't use any social media websites like Instagram and Twitter. So, it makes us even hard to find if the actress is single or dating a guy.

Let's just wait for Martin to give a statement on her relationship status. She is currently busy working on Doctor Who.