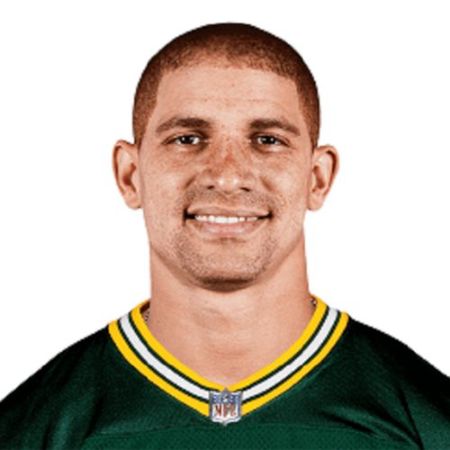 Jimmy Graham was born on November 24, 1986, in Goldsboro, North Carolina. When he was at the early age of 11, his mother put him in a group where he was physically abused by other kids.

A year later, he was adopted by a youth counselor in high school. He then eventually enhanced his grades and later manage to gain a big name into a basketball as a soph 0re at Community Christian in Wilson, North Carolina.

Graham also obtained a basketball scholarship at the University of Miami after, he gave a good performance as a high school junior as well as senior at Charis Prep in Wilson, North Carolina.

Jimmy Graham made his NFL debut in the 2010 season of a Week 9th game at Carolina. He manages to score his first career NFL touchdown after he caught a 19-yard pa s s from quarterback Drew Brees.

Graham won his first Pro Bowl in the 2011 season of NFL, where he had 99 receptions for 1,310 receiving yards and 11 receiving touchdown overall in the season. 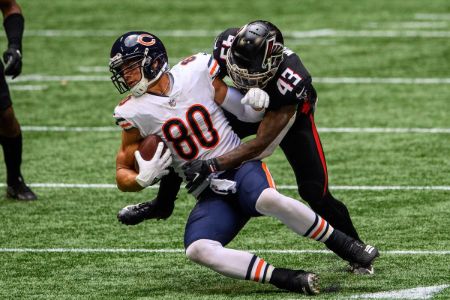 Not to mention, the 33-year-old also set the record of becoming the first tight end in Saints history to have more than 1,000 receiving yards in a season.

Jimmy played three seasons for Seattle Seahawks from 2015-2017, where he set a personal record for the most receptions, receiving yards, and receiving touchdown at the TE position.

He accepted the three-year, $30 million contracts with the Green Bay Packers on March 16, 2018. He had 55 receptions for 636 receiving yards and two touchdowns with 12 starts in the 2018 season.

On March 26, 2020, the tight end signed a two-year, $16 million contract with the Chicago Bears. He gave his debut performance in Week 1 on the matchday against Detroit Lions, where he caught three pa s ses for 25 yards and a touchdown. The match covered with the victory to Bears by 27-23.

All-Pro tight end, Jimmy Graham has an estimated net worth of $15 million as of October 2020. Most of his wealth came from his professional career.

According to ESPN's Field Yates, the newly signed tight end receives a $6 million signing bonus and $3 million in base salary after the contract with Chicago Bears.

NFL star, Jimmy Graham is not married as of 2020. The All-Pro tight end hasn't revealed anything about his relationship and girlfriend at the moment.

The 33-year-old tight end seems very much focused on his professional career rather than dating someone. As of now, he lives in Miami, FL.