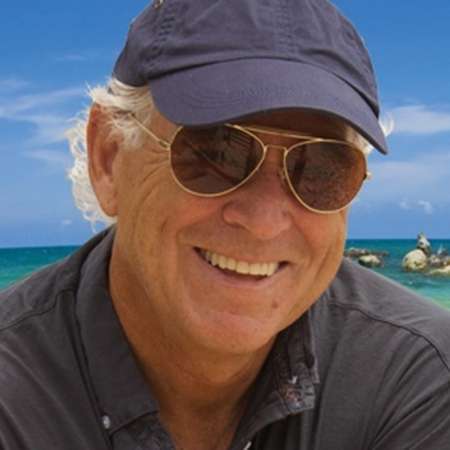 Jimmy Buffet was born on 25 December 1946 in Pascagoula. Even though he is involved in writing, acting and business, his musical career is said to be the most successful one. Jimmy pursued his career as a country singer after he finished his college and moved to Nashville. Jimmy is best known for his sixth album which contains the song 'Margaritaville' and the song 'From St. Somewhere'.

Jimmy Buffet was born in Pascagoula, Mississippi on 25 December 1946. He was born to James Delaney Buffet and Mary Lorraine. Jimmy attended St. Ignatius School, where he played trombone in the school band. The picture of sail in Jimmy music came as he was exposed to sailing in childhood with his sailor grandfather. He later moved to Fairhope, Alabama, where he graduated from McGill Institute for Boys in 1964.

Jimmy Buffer completed his Bachelor's degree in history, in 1964, from the University of Southern Mississippi in Hattiesburg, Mississippi. After his graduation, he worked as a correspondent for Billboard magazine in Nashville.

Jimmy Buffet began his musical career as a country artist during the late 1960s. Then, he recorded his first album 'Down to Earth' in 1970 followed by High Cumberland Jubilee. Jimmy released albums like 'A white Sports Coat and a Pink Crustacean', 'Living & Dying in ¾  Time', 'A1A', 'Havana Daydreamin', and 'Changes in Latitudes', 'Changes in Attitudes' between the year 1973 to 1976 which was followed by the breakthrough hit song 'Margaritaville'.

Jimmy made far more money during the 80's from his tours and became known as a popular draw. He continued to release series of albums which was primarily devoted to his audience. Jimmy also changed the name of his band from the 'Coral Reefer Band' to the 'Coral Reef Band' to honor the HLS&R's request as 'reefers' was a drug-related reference.

Jimmy Buffet and the Coral Reef Band, on August 2000, even played on the White House lawn for then-President Bill Clinton.

Jimmy Buffet has released over 30 albums till now of which, 8 are Gold Albums and 9 are Platinum or Multi-Platinum. He won his first Country Music Award in 2003 for his song 'It's 5 O'clock Somewhere'. Jimmy was also nominated for the CMA Event of the Year for his song 'Hey Good Lookin' in 2007.

Jimmy Buffet married Margie Washichek in the year 1969 and got divorced in 1972. Jane was Jimmy's second wife with whom he has two daughters - Savannah Jane and Sarah Delaney. They also have one adopted son named Cameron Marley.

Besides music, Jimmy Buffet is also a successful author. He has written three No.1 best-sellers, 'Tales from Margaritaville', 'Where are Joe Merchant', and 'A pirate Looks at Fifty'. Jimmy has also boomed in his business with several resorts and casinos. Jimmy Buffet' net worth is estimated to be $400 million dollars.