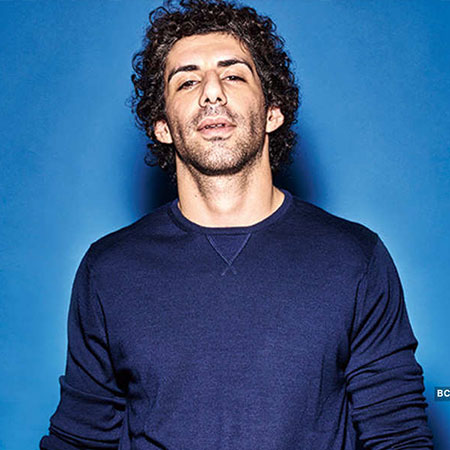 Award-winning Jim Sarbh is one of the versatile Indian actors who first got attention after his amazing performance in the critically and commercially successful biographical drama Neerja. Similarly, the actor's role in the movie Padmavati, Sanju, and many more also brought him worldwide attention. Prior to the film, Sarbh has also worked in dozens of theatre plays.

Jim Sarbh was born on August 27, 1987, in Mumbai, Maharashtra, India to Parish family. His mother is a former physiotherapist while his father is a former master mariner who is also the Regional Director of P&O Ports South and Middle East Asia. At the age of three, he moved to Australia along with his family and relocated to Mumbai when he was eight.

Sarbh did his schooling from the American School of Bombay. After his schooling, the actor went on to enroll at the Emory University, the United States of America where he earned his undergraduate degree in Psychology.

Following graduation, Jim Sarbh started working with the Alliance Theatre in Atlanta as a literary intern. At that time, he got the chance to showcase his talent performing around Atlanta in the 2009 productions of such plays as The Show!, The Breakup, Tennis in Nablus.

Sarbh returned to Mumbai in the year 2012 and performed in many local theatre productions. His incredible performance in the 2013 movie Death of a Salesman brought him a lot of attention of several commentators. Following his significant contributions to the Mumbai theatre industry, he was listed in Forbes India's 30 under 30 list in 2015.

The actor made his silver screen debut playing a role in the 2016 biographical drama movie Neerja. For his breakthrough performance in the film, Jim got Filmfare Award nomination winning many other prestigious accolades like International Indian Film Award, Screen Award, Stardust Award, and Zee Cine Award.

In the following year, Jim went on to work in the thriller A Death in the Gunk and the romance movie Raabta.  Sharing the screen with popular Bollywood names Shahid Kapoor, Deepika Padukone, and Ranveer Singh, the actor played the gay role in the controversial film Padmaavati. The character in the movie brought him worldwide attention as well as Filmfare Awards nomination.

His upcoming projects are Photograph and Houseful 4.

Jim Sarbh's Net Worth And Earnings

Jim Sarbh, appearing in many hit Bollywood movies, has made a decent amount of net worth. Though Jim Sarbh's net worth is not disclosed, numerous sources claimed that his net worth is around $1 million.

He is also the proud owner of Honda CRV worth around $42,840. The actor has worked in many commercially hit movies some like F, which grossed over $85 million worldwide.

Sarbh also has a considerable fan following on his Instagram account. As of 2019, he has over 290 K followers on Instagram where he often shares sponsored post. His social media accounts are another primary source of his income.

Jim Sarbh is not married yet. But it was reported that the actor was reportedly in a relationship with Indian-born French actress and writer Kalki Koechlin. His alleged girlfriend is one of the leading actresses of the Hindi film industry who is known for her unconventional body of work.

Other than that, there is very little information about his love life, affair, and relationship. The actor who has managed to keep secret everything about his personal life away from the spotlight.

He currently resides in Versova, Mumbai.