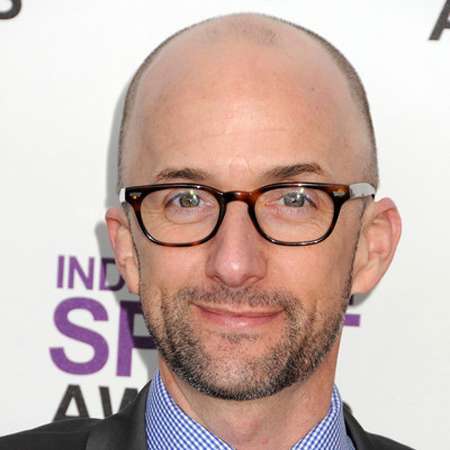 Jim Rash is a well-known actor, comedian, producer, and screenwriter. He is best known for his role in the sitcom, Community. He has won an Academy Award and received a Golden Globe nomination as well.

Jim was born as James "Jim" Rash on July 15, 1971, in Charlotte, North Carolina. Rash and his sister both were adopted. He spent most of his childhood days in North Carolina. He is of American nationality.

Jim Rash went on to attend Charlotte Latin School from where he graduated and went on to spent a post-graduate year at the Lawrenceville School based in Lawrenceville, New Jersey. Rash then went on to join the University of North Carolina at Chapel Hill. While there, he became a member of Pi Kappa Alpha.

His first significant role came in 1997 when he acted in three episodes of The Naked Truth as Harris Van Doren. Later, he went on to receive many roles in series such as Thanks as Cotton for 6 episodes, The 70’s Show as Fenton for 6 episodes, Reno 911 as character Andrew for 14 episodes, Friends, Grim and Evil, NCIS,  and Will & Grace.

His other notable roles include Saturday Nights Live, Help Me Help You as Jonathan in 14 episodes, The Soup in 7 episodes, The Writers Room as himself for 12 episodes, Mike Tyson Mysteries as the voice of Marquees of Queensberry for 10 episodes.

The rash is mostly known and acclaimed for his role as character Dean Craig Pelton in NBC/Yahoo! Sitcom Community. He was seen in 90 of its episodes. Rash has also appeared in 34 episodes of Randy Cunningham: 9th grade Ninja.

Jim has been noted for many movies like Minority Report, Sky High, The Onion Movie, Yellowbird, The Way Way Back to name a few. He won an academy award for Adapted Screenplay for The Descendents. He was also nominated for a Golden Globe Award for Screenplay for the same.

Jim has not been married to date. He is currently single and does not have any children. He is reluctant on speaking about his personal life. The rash is very much focused on his acting career.

He is not seen with many women in the public, therefore, he is often referred to as gay. His relationship status and dating history are unknown to the media.

Net Worth, Awards, and Achievements

Jim has also won many awards such as the Writers Guild of America, USC Scripter Award, Independent Spirit Awards, TV Guide Award for Adapted Screen Play in the movies like The Descendants, Community, and The Way Way Back.