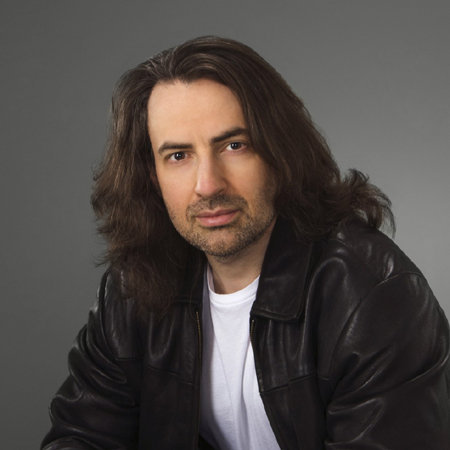 Jim Butcher is one of the elite authors who came to the limelight for his contemporary fantasy book series The Dresden Files. He grabbed further attention after he authored the Codex Alera series. Some of his popular books are Peace Talks, Strom Front, and Fool Moon.

Jim Butcher was born on October 26, 1971, in Independence, Missouri, the USA to James Joseph Butcher. He is the youngest in the family with two older sisters. He currently resides in his hometown. Butcher developed a keen interest in fantasy and science fiction novels in his childhood. He belongs to American nationality and his ethnicity is White.

It was when he was ill his sister would bring him reading materials like The Han Solo Adventures and The Lord of the Rings he wouldn’t get bored.

At the young age of 19, Jim Butcher wrote his first novel but it felt unsatisfactory to him so he wrote two more novels which again failed to live up to the standards. The writing process of these three novels gave him some experience so that he would rewrite the first novel.

This is how he created his notable Harry Dresden character Dresden Files. These early novels were part of his writing class project. After a series of rejections from agents and editors, Butcher’s Storm Front the first book Dresden Files got published by Roc Books in 2000.

Subsequent to the success of Dresden Files, Jim Butcher started off a new traditional fantasy fiction project titled; The Codex Alera. The series is set in the Calderon Valley of Alera and narrates the events in the life of a young man named, Tavi. Alera is somewhat modeled after the Roman Empire.

The rich and powerful rule the people of Alera with furies, a mighty elemental force. The first novel in the series was published in 2004 entitled, Furies of Calderon. Originally Butcher signed a deal for writing a trilogy, but the success of the series had him write 3 more books in the series.

The next three novels climbed the New York Times Best Seller list instantly. Coming to conclusion we can say, Jim Butcher is the author of the Dresden Files, the Codex Alera, and a new steampunk series, the Cinder Spires. He also worked for the TV series The Dresden Files starring Paul Blackthorne, Valerie Cruz, and Terrence Mann.

In addition to these phenomenal series, Butcher also wrote a few short stories pertaining to the same genre. These short stories include Welcome to the Jungle (2008) Even Hand (2010), Curses (2011), Bigfoot on Campus (2012), and Bombshells (2013).

It has been reported that Jim Butcher has signed a deal to pen a trilogy based on steampunk, entitled The Cinder Spires. The first book in the series is rumored to have the title The Aeronaut’s Windlass.

Jim Butcher's Net Worth And Earnings

Jim Butcher has collected a large amount of money from his career which as per some reliable sources can be believed to be more than $1 million, in 2019. Jim-Butcher.com has been receiving a daily page view of 4573 and should generate an estimated Daily Advertisement Revenue of $13.72 and Monthly Advertisement Revenue of $412. Dresden Files became a phenomenal series with its first publication.

And to date, there have been 15 Dresden novels written and published in the series. The series has been narrated in the form of audiobooks, a role-playing game was also released featuring Dresden and a few graphic novels have been published based on the books as well. Moreover, the novels were adapted into a one-season television series aired in 2007.

Jim Butcher married his high school sweetheart, Shannon Butcher who is an engineer turned writer. After his first year of college and he has a son named James Joseph. He worked as many as four jobs at a time while getting himself and his wife through college from a yogurt store employee to a door-to-door vacuum salesman.

Despite their loving relationship, Jim and his ex-spouse James could not last long and divorced in 2013.