Jim Belushi is a famous American actor and comedian who has been married thrice and divorced twice. He is also recognized as the father of American actor Robert James Belushi. Jim grabbed international attention for his role on the sitcom According to Jim.

Jim’s full name is James Adam Belushi. He was born on 15th June 1954 and is currently 66 years old. He was born in Chicago, Illinois, the United States of America.

Jim was born to father Adam Anastos Belushi and mother Agnes Demetri Belushi. He grew up with his older brother John who died in 1982. The name of his older sister is Marian, and younger brother is Billy.

Regarding educational background, he studied at Wheaton Central High School and later attended the College of DuPage. He graduated with a Bachelor’s Degree in Speech and Theatre Arts from Southern Illinois University Carbondale.

Worked With The Second City

Jim started his professional acting career in 1977. From 1977 to 1980, he alongside his brother John Belushi with Chicago theatre group, The Second City.

In 1978, Jim appeared in The Fury, but his role was uncredited. The same year, he appeared as Bert Gunkel in around eleven episodes of the television series Who’s Watching the Kids?. 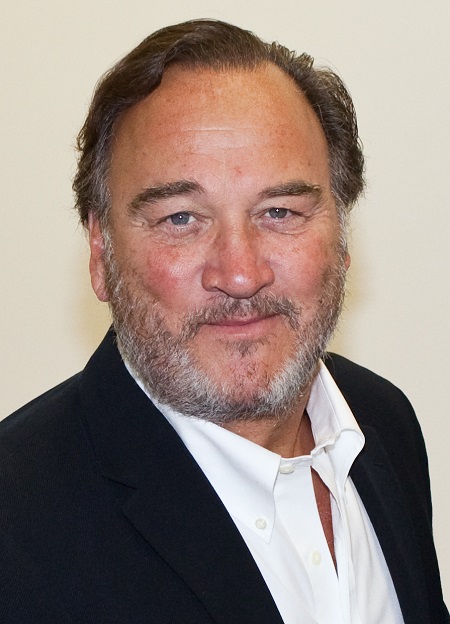 The actor has appeared in television series like Parallel Lives, The Building, Working Stiffs, Wild Palms, Saturday Night Live, Royce, Sahara, Hey Arnold!: The Jungle Movie, The 7D, Trip Tank, Urban Cowboy, The Defenders, Doc McStuffins, Show Me a Hero, Twin Peaks, Rugrats, ER, Hooves of Fire, I’m with Her, Less than Perfect, Fatherhood, Less than Perfect, Ozzy & Drix, According to Jim, and many others.

Jim has been active in the Hollywood entertainment industry for over four decades. As of 2021, Jim Belushi’s net worth is reported to be around $50 million.

Talking about Jim’s real estate, back in September 2017, he kept his 14,000 square foot Brentwood, California, on sale for $38.5 million. The mansion was built in 2010 and consists of six bedrooms, eleven bathrooms, a screening room, a sauna, a guest house, and a pool house. He bought the property for $8.3 million.

Jim was married to Sandra Davenport. As per sources, they got married in 1980 but separated and divorced in 1988. Two years after first divorce, he went on to marry Marjorie Bransfield. Sadly, they separated just after two years.

In 1998, Jim married Jennifer Sloan and has been inseparable since then. On 5th March 2018, Jennifer filed for divorce, but they have reconciled.