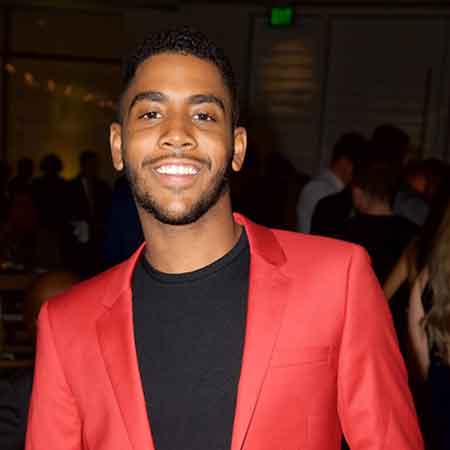 Born in The Bronx, New York, Jharrel Jerome rose to fame following his appearance in his debut movie Moonlight. He was loved by many for his incredible performance in the film. Following the success, the actor was cast on the television series Mr. Mercedes. Jerome is a talented actor who has great potential and will be one great actor in the future. Nevertheless, the actor is leading a low-key love life.

Jharrel Jerome was born on 9 October 1997 in The Bronx, New York to Radoyka Jerome. His birth sign is Libra according to which he is a kind, gentle, and a nature lover person. His mother is Radoyka Jerome and he is very close to his father and mother.

Jharrel Jerome was interested in the entertainment industry from his young age. In his early teens, he was highly interested in the music, and he began writing his own rhymes to rap. However, Jerome hasn't done much work in the music industry, as of 2018, but probably later on, he'll do some music.

Rather than music, Jerome is known for his appearance in his 2016 debut film Moonlight. In the coming-of-age drama film, he played the role of teen Kevin Jones, a gay character. The actor beautifully justified his character in Moonlight. The movie completely changed his life, from a college boy, he became a celebrity.

The movie Moonlight stars other actors like Trevante Rhodes, Andre Holland, Janelle Robinson, and others. The movie was a hit and collected an overall amount of $65 Million. Jerome received an MTV Movie Award for the Best Kiss along with his partner Ashton Sanders in 2017.

Following his breakthrough role of Kevin Jones, Jharrel then starred on the mystery-thriller television series Mr. Mercedes in 2017. He played a lead role of Jerome Robinson in the series. As of now, he is continuing the role in the series.

The actor will be seen in an upcoming drama Selah and The Spades in 2019. He is working hard to give the best of him in the industry and to receive several other awards.

Jharrel Jerome's Net Worth And Earnings

Jharrel Jerome is enjoying a successful career so far. From his amazing acting skills, he has managed to accumulate a handsome amount of money, however, his exact figure of net worth is yet to be revealed. As an emerging artist, Jerome with now doubts earned a good amount of money. According to some reliable sources, his net worth is around $0.5 million, as of 2019.

Jharrel Jerome has won a number of accolades for his marvelous performance in movies and TV shows. In the year 2016, the actor played the breakout role in the movie Moonlight. His role in the movie brought him many nominations like Austin Film Critics Association Special Honorary Award, MTV Movie Award, and Screen Actors Guild Award, and more. In 2019, he was a cast in the miniseries When They See Us. He was nominated for the Primetime Emmy Award for his finest performance in the series.

Jharrel Jerome is probably single as of September 2018. There is no official media report of the actor dating someone and he wasn't spotted being cozy with anyone. However, some sources claim, Jerome is dating a girl named Migella Accorsi but the news is yet to be confirmed by the two.

Today is the day I turned 20. Apparently it should be all about me. But today is all about my mother, the strongest woman I know. She is the most beautiful and important thing in my life. And I fail to tell her that enough. Without her, I wouldn't be ready to conquer the world at 20. But regardless of how often I'm not around, she's always by my side. Ready to conquer with me. I love you mommy. Today and every single other one.... Thank you all for the birthday wishes. 20 is about to be wild. Just watch

Besides his low key love life, Jerome is seen spending quality time with his family and friends. He is hugely inspired by his mother as she is his great support in his personal and professional life. Currently, Moonlight actor is very focused on his professional career.