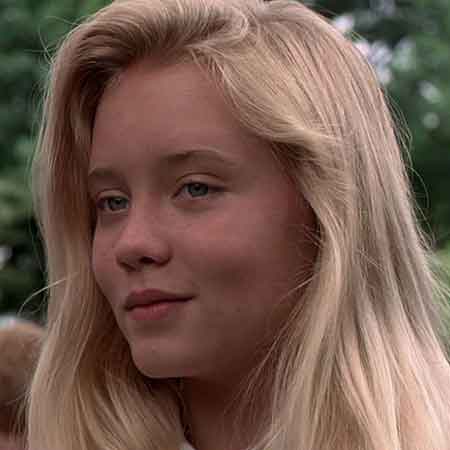 Former American actress, Jessica Wesson is best known for portraying the role of Jennifer Sudarsky on the sitcom Home Improvement. Similarly, for her outstanding supporting roles in the 1990s, two Universal films; Casper and Flipper. She received the Young Artist Award nomination for her role in Home Improvement and Flipper in 1993 and 1997.

She is California Born

Jessica Wesson was born on January 1, 1982, in California, USA. Her birth sign is Capricorn which defines her personality to be patience and discipline who are incredibly practical and resourceful. She spent most of her early childhood days in Californian with her family.

Due to her secretive nature, Wesson hasn't revealed much about her family. She is an American as per her nationality and regarding her ethnicity, the actress is a White.

Wesson after her schooling from her hometown's school went on to enroll at the Gadsden State Community College and completed her graduation too.

She is A Former Actress

Jessica Wesson started her acting career in 1992 in ABC's sitcom, Home Improvement as Jennifer Sudarsky, Brad's (Zachery Ty Bryan) first girlfriend. The series was created by Matt Williams which was one of the most-watched sitcoms in the American market in the 1990s. In 1993, she received the Young Artist Award nomination for her role.

In 1995, Wesson starred in live-action/computer-animated fantasy comedy film, Casper as Amber Whitmire. After a year, she featured in Flipper. She played the role in the American sitcom Odd Man Out in 1999. In the series, the retired actress shared the screen along with Erik von Detten, Natalia Cigliuti, Vicki Davis, and many others.

Some of her other works include Baywatch, Boy Meets World, Milk Money, and others. In 2001, she played the role in the TV series Judging Amy with Amy Brenneman, Dan Futterman, Richard T. Jones, and Jessica Tuck.

Sources reported that Jessica currently works at St. Martin's in the Pines, retirement community in Birmingham.

Jessica Wesson might have earned a good sum of fortune from her acting career. She played a number of major roles in numerous movies and TV shows

As per the estimation made by various online sources, it has been reported that her net worth is $500k, in 2019. In 1995, Wesson starred in the computer-animated fantasy comedy, Casper which collected $287.9 million against the budget of $55 million.

After becoming a part of such hit movies, the actress undoubtedly received a huge amount of money. The movie starred Christina Ricci, Bill Pullman, and Cathy Moriarty.

Jessica Wesson is possibly single at the moment, she is quite confidential when it comes to her relationship status which might be the reason, she hasn't talked much about her dating life and boyfriend to media.

It has been years that the actress has yet to make any public appearance. Similarly, Wesson is also not active on any social media which is why it becomes much hard to trace out further about her love life.