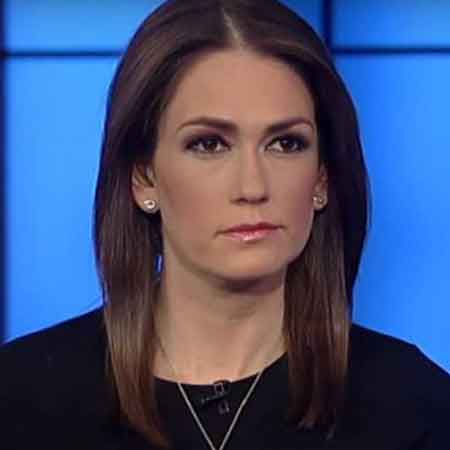 Jessica Tarlov is an American political commentator, senior director of research at Bustle. She is a contributor at Fox News Channel who offers political analysis and insight across FNC and FOX Business Network’s (FBN) daytime and primetime programming. She is known for her liberal views on political analysis and insights. She deals with core political problems and is seen regularly on various news channels. She has published work for Fox News.com, The Daily Beast, The New York Daily News, and Forbes throughout her career.

Jessica Tarlov was born on March  9, 1984, in New York City, under the birth sign Pisces. She is the daughter of Mark Tarlov and Judy Roberts. Her father is a renowned director as well as an eminent producer while her mother is a wine manufacturer and a writer.

Make sure to do something awesome for your mom today! Or at least call her. Or think about her if she's no longer around xo pic.twitter.com/WCA5hSJRhH

After getting her Ph.D. degree, the Fox Channel's anchor began her career being a Project Manager at Merrill Lynch in the year 2007. The next year, Douglas Schoen, a political consultant, strategist, and lobbyist hired Tarlov as a research assistant at Dougles Schoen LLC where she conducted research for books, editorials, and evaluate the information from the polling projects.

The political commentator in May 2012 teamed up with her mentor Schoen as a Democratic political strategist. Later Tarlov including Hough Schoen associated with an author of the book- America in the Age of Trump.

Tarlov then joined Fox News Channel as a regular liberal commentator. At that time, she also worked along with conservative commentator, author, and blogger Katie Pavlich and Andrea Tantaros. Besides this, she is also a prolific writer and has been writing for well-known media companies like Fox News, Forbes, Daily Beast, NY Daily News.

More lately she co-authored a book titled America In The Age of Trump: A Bipartisan Guide with her former boss Douglas Schoen. Moreover, she also a strong supporter of Hillary Clinton in the 2016 US Presidential election. A couple of years ago, Tarlov and Schoen wrote a piece for the Washington Time focusing on the importance of the political center.

Additionally, the journalist joined Bustle Digital Coy in 2017 and has been working as a Senior Director of Research & Consumer Insight. From May 2017 she also became a regular contributor for FOX News.

Besides, Tarlov is also a political consultant who has worked for a number of popular political personalities like President Bill Clinton, Michale Bloomberg, Tony Blair, and many others.

Net Worth, Income Sources, And Salary

Jessica Tarlov surely has accumulated an impressive net worth from her successful career. But the actual amount is not revealed which as per estimation made by the various online sources is believed to be over $2 million, as of November 2019.

The average salary of a News reporter is $42872 in the US. The salaries at Fox News Network, LLC range from $34,973 to $117,318 a year. The salary varies depending on the response from the viewers and experience level.

Tarlov has published work for FoxNews.com, The Daily Beast, The New York Daily News, and Forbes throughout her career. She has also worked as Senior Director of Research and Consumer Insight for Bustle Digital Group, the owner and operator of Bustle.com, Romper.com, and Elitedaily.com.

On July 4, 2017, Jessica published a book under the title America in the Age of Trump: Opportunities and Oppositions in an Unsettled World. The book is priced at $11.01 for Kindle and $11.76 for Hardcover on Amazon.

As of now, the media personality has been working as a senior director of Research & Consumer Insight she must be earning a decent amount of money and living a lavish life.

Jessica Tarlov is quite private when it comes to her personal life. She can be married or dating someone but no news related to her relationship is available. It was reported that the media personality was in a relationship with a guy named Roman Kuznetsov. The couple has kept quiet secret their love life.

Concerning her online presence, as of 2021, she has over 42.2K+ followers on her verified Twitter account.  Moreover, with her good looks and in-depth political knowledge, she is often referred to as Beauty with Brains.  She also loves to play tennis.