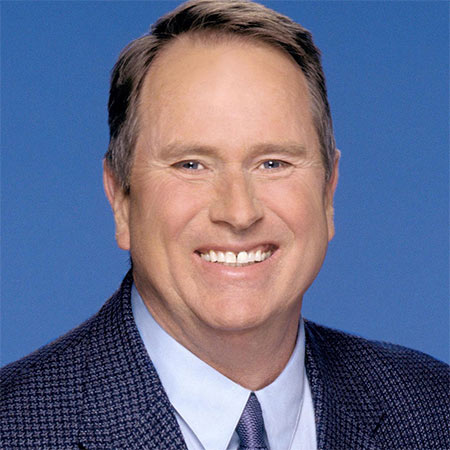 Late Jerry Taft was a former American meteorologist, is known for his work with WLS-TV (Chicago). He served as a chief meteorologist for the network for several years. Taft spent over 4 decades in journalism & mostly worked as a weather forecaster. He worked for WLS-TV (ABC 7) from 1984-2018.

Jerry Taft was born on March 14, 1943, in Chappaqua, New York, the US. He was of white ethnicity and held American nationality. He was actively involved in the journalism sector from the 1970s to 2018.

Before journalism interest, Taft briefly studied architecture at the Georgia Institute of Technology and later joined the US Air Force. While still in Air Force, he enrolled at the University of Wisconsin-Madison & graduated with a degree in Bachelor of Science in meteorology.

Jerry Taft’s career started off in the 1970s when he joined the KMOL-TV, an NBC affiliate situated in San Antonio in Texas. In 1977, he joined the WMAQ-TV. After this, he was called upon to join ABC 7 in the year 1984 in August.

Apart from his work on television, Jerry Taft has also been known for his extensive work on the radio. His endeavors on the radio include the provision of weather reports for the WMAQ-AM as well as the WLS-AM. He worked there in the 1980s.

Jerry Taft served as a chief meteorologist for the WLS-TV for several years, which he joined in 1984. After more than 40 years on Chicago TV, 33 of them at the ABC station, he retired in 2018. He was one of the best meteorologists in Chicago and he was acclaimed for his no-nonsense delivery that appeals to many during his career.

Jerry Taft Died At 77- Cause of Death

On July 23, 2020, Taft died peacefully in his house in Illinois, Chicago, at the age of 77, according to ABC-owned WLS-Channel 7. No immediate cause of Jerry's demise was out, but it was reported that he had congestive heart failure for several years. He is survived by his wife Shana & children: Skylar, Storm, Danna, and Jay.

Jerry Taft was a married man & was in a marital relationship of over 50 years with his wife Shana Taft. Reportedly, Shana is his high school sweetheart, with whom he exchanged vows at the age of 19, around 1962/63.

Together, they parent 4 children: Skylar, Storm, Danna, and Jay. The family lived in Chicago.

After retiring as a meteorologist played golf and worked part-time as an Uber driver in Naples, Florida. Aside from being a successful weather presenter, he was a family guy who loved hanging out with his kids & spent plenty of moments with family.

Jerry Taft's Net Worth and Achievements

According to Celebrity Net Worth, at the time of death, in 2020, Jerry Taft had a $1.5 million net worth. He had been earning a considerable amount of salary from journalism. Reportedly, while working as a meteorologist for ABC station, his salary was $300,000 per year.

In 2013, the couple sold their longtime five-bedroom, home for $627K which they bought back in 1994. Currently, they are residing in a lavish mansion in Chicago.

Jerry Taft was one of the seven 2009 honorees who had been inducted into the Silver Circle in the National Academy of Television Arts and Sciences. He was described as the favorite weatherman by the Chicago Tribune and his work on radio and television is surely an achievement that has earned him considerable name and fame.