Jerry Orbach was an American actor and singer who was a versatile stage and film actor. He is best known for playing Detective Lennie Briscoe on the original Law & Order. The late actor is also known for his work in The Fantasticks, Chicago, 42nd Street, Dirty Dancing, and Promises, Promises.

Jerome Bernard Orbach was born on 20th October 1935 in The Bronx, New York, the USA to Emily Olexy and Leon Orbach. He went to Waukegan High School and graduated in 1952.

He then enrolled at the University of Illinois at Urbana-Champaign for a while. In 1953, he joined Northwestern University, however, left before his senior to move to New York. He trained at the Actors Studio and began pursuing a career in acting.

Jerry earned his first major role as El Gallo in the 1960 decades-running hit musical The Fantasticks. He then played in The Threepenny Opera: Carnival, Guys and Dolls, Promises, Promises, and more.

He shifted to film and TV shows in the 1980s and landed roles in Prince of the City, Crimes and Misdemeanors, Murder, She Wrote, Dirty Dancing, The Golden Girls, and many more.

In 1992, Jerry was cast as NYPD homicide detective Lennie Briscoe during the third season of Law & Order. He starred on the show from 1992 to 2004 for 11 and a half seasons becoming the third longest-serving main cast member. 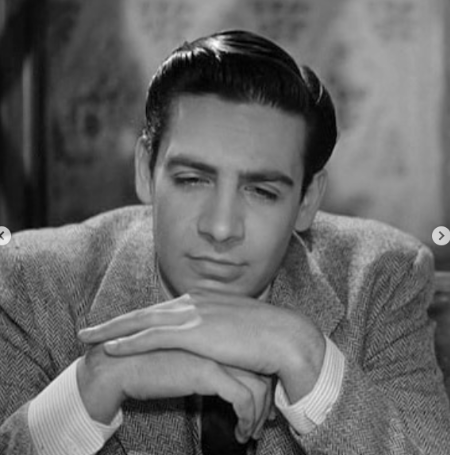 During his time in the show, she starred alongside co-stars George Dzunda, Chris Noth, Dann Florek, and others. He reprised his role as Det. Lennie in Homicide: Life on the Street, Law & Order: Special Victims Unit, Law & Order: Criminal Intent, and Law & Order: Trial by Jury (posthumous release).

Orbach's final acting credits are Manna from Heaven, Try to Remember: The Fantasticks, Protesters, and Mickeypalooza.

According to various sources, Orbach was worth $10 million at the time of his death in 2004. The actor garnered his multi-million dollar fortune from his successful acting career of over four decades.

While he was still alive, Jerry held the record for most musical stage performances of any living actor.

In his memory, The Jerry Orbach Theater was opened in 2006 on the third floor of the Snapple Theater Center Complex, 210 West 50th Street, in New York City.

Who Was He Married To?

The Law & Order actor was married to his second wife Elaine Angela Cancilla at the time of his death. The couple got married on 7th October 1979 and were together until 28th December 2004 (his death).

He was previously married to Martha Mingoya Curro. They tied the knot on 21st June 1958 and shared two children, Anthony Nicholas, and Christopher Benjamin. They separated in 1975 and got divorced in 1977.

Jerry's Cause of Death & Funeral

The actor got diagnosed with prostate cancer in Janaury 1994. He received radiation therapy, however, cancer returned back by December 1994.

He then went on hormone therapy for the next decade. Following his departure from Law & Order, he underwent chemotherapy but unfortunately, he lost his battle with his cancer on 28th December 2004.

He was survived by his mother, two grandchildren, his sons, wife, and former wife. Orbach was laid to rest at Trinity Church Cemetery in Manhattan.