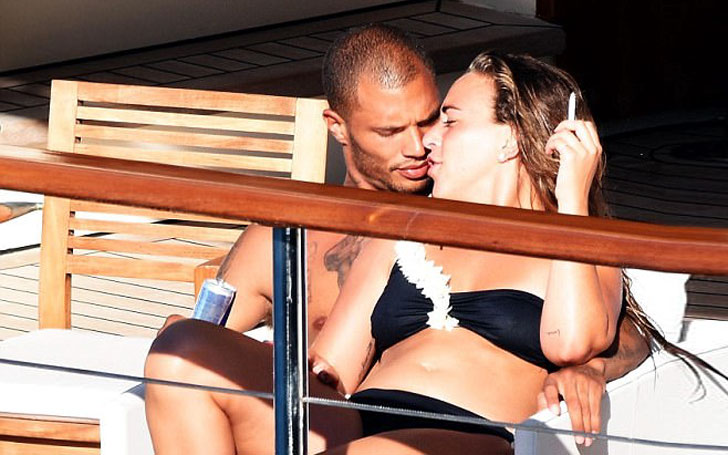 The ''hot felon'' Jeremy Meeks is enjoying some romantic time together with the British billionaire’s daughter Chloe Green since last month.

Chloe Green, the Topshop heiress and the daughter of British retail billionaire businessman Philip Green seems to be taken by the hot felon turned model. After Meek and Green’s cuddly kissing photos started to swirl around the web, Meeks got a tag as a cheating husband. But well he's filed for divorce now!

More on this here:

Jeremy Meeks initially gained the limelight after his mugshot went viral in 2014. And Meeks is now even more popular after his photos kissing Chloe Green went viral. Pictures of their intimate moments in the 180 ft superyacht over the Mediterranean off Turkey took the internet by storm earlier in July. Later on, Green confirmed she was dating Meek with an Instagram, but soon deleted as well. Here's the picture with the caption:

Just the Beginning…We appreciate all the love and hate.

Jeremy Meeks Filed for Divorce after Wife Caught him Cheating

Amid all the ongoing speculations about his married life with his long-term wife Melissa Meeks, Jeremy has filed for divorce recently. The 33-year-old former captive has filed paperwork asking to end his eight-year-long marriage with Melissa in California, on 11 July.

As per some online sources, his application came some days later Melissa disclosed her plans to divorce him over his romantic day out with Chloe Green.Some reports say, he wasn’t welcomed as he returned his home in Northern California after the date with Green. Shocker!

Jeremy Meeks and Melissa Meeks got married on 27th December 2008 after dating for a short period of time. The also share a son together.

Jeremy Meeks with his son

The outcry of the moment is that Jeremy Meeks is an opportunist who left his wife as soon as he saw sparks of fame. Could it be true? Well, we'll have to wait and watch.