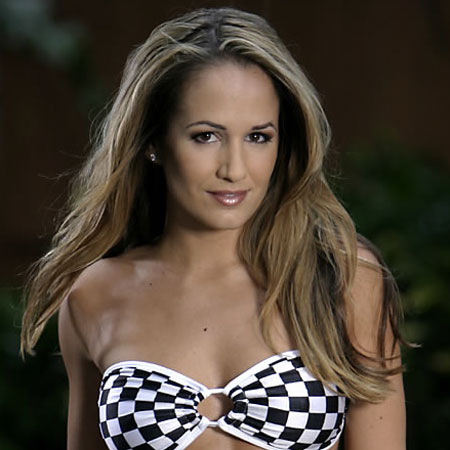 Jenn Brown is an American TV personality, sports broadcaster, producer, TV host as well as a model and actress. She is most acclaimed for being the journalist and host of a few ESPN shows. Jenn is a winner of Emmy Award for two times working as a broadcaster.

Jenn Brown was born as a Jennifer Lynne on March 23, 1981 in Gainesville, Florida. She grew up with her parents in Orlando, Florida. She belongs to white ethnicity and holds an American nationality.

Jenn’s parents are from a sports background as her father was the Olympic gymnastic trainers and mother a founder of various gymnastic schools.

Jenn Joined Bishop Moore High School where she was active in several sports and additionally broke a few records there when she was only 14. In the late 1990s, she was likewise recorded among the best 10 competitors in Central Florida.

Jenn Brown began her career as a producer and host working in Bennett Productions from Feb 2004 to Aug 2007. The same year, she joined CMT as a host and appeared on the reality TV show I Want to Look Like A High School Cheerleader Again for three months till October 2007.

Later, Jenn has appeared in several networks in short period including CBS, ESPN and more.

Jenn has been a special correspondent for two seasons on Inside the NFL, which won an Emmy Award for Outstanding Studio Show in 2008. She has also worked for HDNet TV show called The Wild Side, which was a remake of the famous show Wild On on E!.

Jenn was the host of 48 Straight, The Mountain Experience for a nationally syndicated Mountain Lifestyle where she hosted with Jonny Moseley. She also co-hosts the show for CBS Sports with Moseley, The Collegiate Nationals.

Apart from hosting career, Jenn has also appeared in a movie called Two Tickets to Paradise which was produced, written and directed by D.B Sweeney. She is also on DirecTV in two episodes of the TV show Kingdom playing herself.

Jenn married the love of her life Wes Chatham on 2012, April 7 in Barnsley Gardens Resort which is located in Adairsville. The couple started dating since 2011 and got engaged the same year.

Jenn’s husband Wes Chatham is an American actor who has appeared in several movies such as The Help, W, In the Valley of Elah, The Philly Kid and more.

The couple currently lives in Los Angeles, California with their children.