How is the marital relation of broadcaster Jenn Brown going on with actor Wes Chatham? 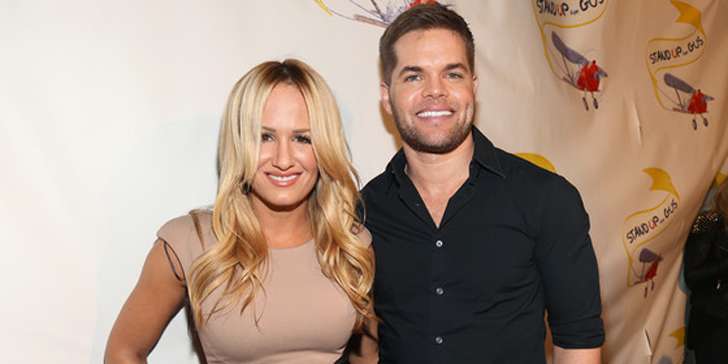 There are a few couple who are actually into each other and this Hollywood couple prove to be a perfect couple who are going strong and happy. Seeing them we certainly realize that marriage is prefixed in heaven. So without any delay let's take a look at the story of ESPN's reporter Jenn Brown and Hunger Games superstar Wes Chatham.

The romantic couple married each other on April 7, 2012, in Adairsville, Georgia. They tied their knot together in the exotic Barnsley Gardens Resort situated in Adairsville.

How did they meet each other?

The story is quite romantic; Jenn Brown was out of her long term relationship and her long term friend Chatham was supposed to be her wingman to introduce her to other single deserving candidates but he finally brought out what was hidden in his heart for so long.

I probably would have looked around and smiled at people, but this made that moment so special and intimate, even with everyone around us.             -Jenn.

The couple started dating each other and in 2011. Wes proposed his queen on a rock concert while her favorite band Journey was playing her favorite song "Faithfully" and Jenn had no other option but to say yes and fall under his arms and the couple got engaged in 2011 which later in 2012 turned into a wedding turning two of good friends and lovers into husband and wife.

Honeymoon and their Children

There could be no other way than to celebrate their honeymoon in Nisbet Plantation Beach Club on the island of Nevis which included dinner on the beach and alone time hike in the rain forest.

The family welcomed their first baby John Nash in November 2014 years after their wedding . John is currently two years old.

They again welcomed another son to the family on  18th of November 2015. The baby boy is named Rhett Jameson and weighted 7 pounds 13 ounces while born and  was 20½ inches tall.?

How is the relationship of Wes and Jenn after having two babies?

They love and support each other more than ever, The couple is having fun and enjoying every moment of their parenthood. They can be called as perfect couple in many aspects.

Just got this text...love him so much!

Jenn posted an image on her Instagram with the image texted by her husband Wes which explains everything. So we can say they are totally into each other even after having two babies in the short period of their marriage.?,