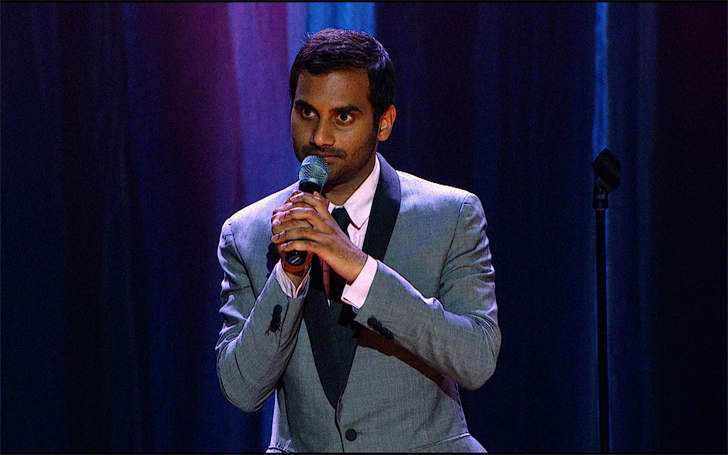 Aziz's professional life is an open book for all his fans but how much you know about his personal life? What is the current relationship status of the author of "Modern Romance"? Here we have some exclusive details.

The mind behind Netflix's award-winning social sitcom series Master of None, Aziz Ansari is reported to be single. However, he was previously in relationships.

Thirty-four years old Ansari was in a serious relationship with his long-time partner, Courtney McBroom. McBroom is a famed pastry chef and also the co-owner of the Large Marge food company. Classic Ansari-chasing after food always!

According to a source, the former couple first met in LA while she was working at Momofuku Milk Bar. At that time, McBroom had no idea who Ansari was.

They started dating in August 2013. The couple was also reported to be living together in Ansari's home in Los Angeles. They were together for about two years but the couple got apart in 2016 since the Aziz got too busy.

"He was kind of dragging her along and holding her hand while on the phone,"

After their breakup, the couple was spotted together several times which makes his fans wonder if they reconciled. But the couple is actually separated and no more together.

The best-selling book author Ansari was also rumored to be dating the Oscar-winning actress Jennifer Lawrence. Ansari and Lawrence had their first meeting through mutual friend Chris Pratt. The rumors of their dating broke out after they were spotted together in several places together. They were also together in the last Valentine day.

"They were showing each other stuff on their iPhones while chatting and laughing,"

"There's a real attraction between Jen and Aziz. There's no way she'd have flown across the country to spend Valentine's with a guy she doesn't have feelings for. He makes her laugh and she adores him."

The rumors of their dating faded away after Lawrence mentioned Ansari as her buddy.

"Be honest, be yourself, try to connect with them and hope for the best'' says Aziz Ansari when asked how to make a woman laugh.

Besides, Lawrence was in a romantic relationship with her co-actor Nicholas Hoult in 2010. The two met the first time during the filming X-Men Class. And the two parted ways in 2014. She is currently dating her boyfriend  Crooke Maroney.

As of now, Lawrence resides in Beverly Hills, California. She is also a huge supporter of Planned Parenthood.

Some Interesting about Aziz Ansari