Jenelle Evans and David Eason are happy together again! It's been one week since the Teen Mom 2 stars announced their reunion and the couple has just posed for a photo and they look happy together.

The pipe welder, 31, took to Instagram on Tuesday, March 31, to share a picture of herself sitting on Eason’s lap at the beach. She wrote in the caption,

You will always be the love of my life @jevans1219. I’m so happy that we have become so close and bonded recently. Here’s to a lifetime of our own kind of quarantine, boat rides, ATV trails, living off the land, etc. I don’t think we are going to have a hard time staying secluded lol we already have been for awhile. 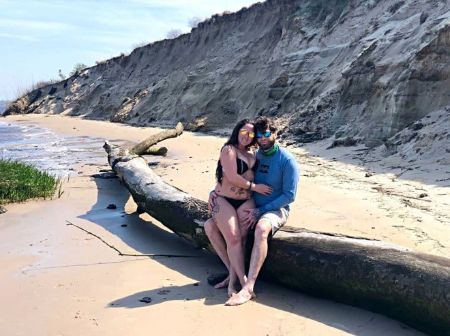 Eason also posted photos of their daughter Ensley, 3, and daughter Maryssa, 12, and Evans’son Kaiser, 5, who is from his previous relationship.

Love love love these youngins so much!

Evans announced last week in a YouTube video that she and Eason were back together following their October 2019 split.

She had announced her break up with Eason via Instagram at the time, writing, "The kids and I have moved away from David."

Evans and Eason tied the knot in September 2017.