Jeff Glor is a well-known American journalist working as the co-host of CBS Saturday Morning and a CBS News special correspondent. Before coming into his current station, Glor served in CBS Evening News. Apart from his professional life, the 46 years old journalist has a loving family together with his wife, Nicole.

Jeffrey Todd Glor was born in Buffalo, New York, U.S., on July 12, 1975, making his age 46 years old. Reportedly, Glor was raised by his doting parents, Bruce and Karen. According to Wiki. NG, the journalist has two siblings, and one of their names is Richard. 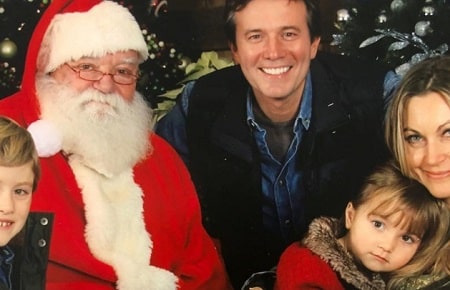 As per Wikipedia, Jeff's brother is an expert on lizard evolution and is the Curator of Herpetology at the Kansas University Biodiversity Institute and Museum of Natural History.

Moreover, the American native attended Kenmore East High School. After that, he enrolled at Syracuse University and graduated with dual degrees in journalism and economics in 1997. During his duration at the university, he was also honored with the Henry J. Wolff prize.

Since 1997, Jeff has been actively working in the journalism field. He was a morning news anchor from 1997 to 2000 at WSTM-TV. From 2003 to 2007, the 46 years old journalist (like Taylor Bisciotti & Lisa Remillard) was also a weekend evening news anchor and weekday reporter for WHDH in Boston.

And in 2007, he joined the team of CBS News and began working as co-anchor and later newsreader on the Saturday Early Show. He has covered various news related to varieties of topics and in 2009 started to report for other broadcasts. Not only that, but he won Emmy Awards for his reporting at CBS Sunday Morning.

Furthermore, we can see his work in various stations, including The Early Show, CBS This Morning, CBS Sunday Evening News, and many more. Now, Jeff is co-host of CBS This Morning: Saturday. Similarly, he is a CBS News special correspondent doc u menting feature stories and investigative reports for the network.

Married To His Nicole: How Many Kids Do They Have?

The Emmy Award-winning American journalist leads a happy life with his wife, Nicole Glor. She is a fitness instructor and former college cheerleader. Meanwhile, the power couple met each other at Syracuse University. And they dated for some time before tying the knot in 2003. 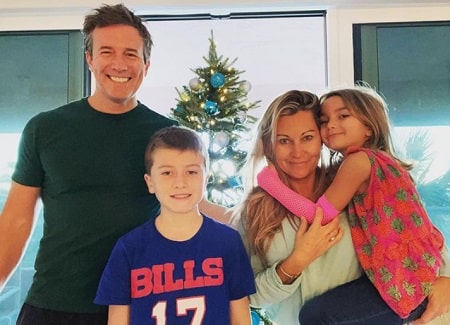 Jeff Glor Salary and Net Worth

Professionally active since 1997, Glor has worked in various programs that have indeed helped him in the increment of his fortune. And in the United States, the moderate salary of a co-host is $28,280. So, working as the co-host of CBS Saturday Morning, he must be earning in the same range.

According to Celebrity Net Worth, Jeff is estimated to have an enormous net worth of around $3 million. With his ma s sive income, Glor surely lives a quality life with his family. Besides earning from his work, Glor might have other sources of income.

Not to mention, the journalist has gained over 18.7k followers on Instagram, and he earns around $123 - $205 from a single sponsored post on the respective platform.