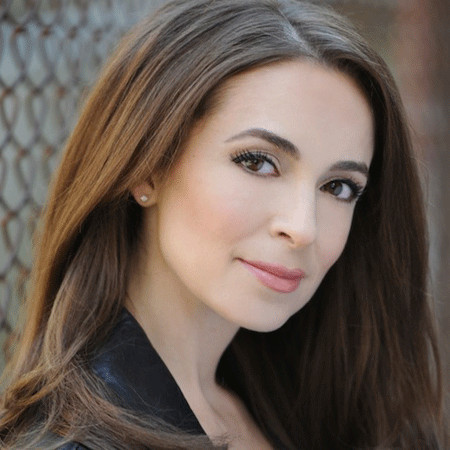 American TV host and anchor, Jedediah Bila, is famously known for hosting ABC's The View and also as a Fox News contributor. She hosted the show from 2016 to 2017 which helped her to grab a huge fan following.

Regarding her personal life, Bila is a married woman who tied the knot to Jeremy Scher, a corporate strategist.

Jedediah Bila was born A. Jedediah Bila in the year 1979 on 29th of January in Brooklyn, New York in the United States of America. Bila's nationality is American and as far as her ethnicity is concerned, she is of Mixed (Italian and Sicilian descent).

From teh very early age, Bila was exposed to political discourse amongst her family who supported her at every step. Regarding her academics, Bila went to the Wagner College from where she earned a degree in the field of Business Administration in Spanish. She also earned her master's degree in Spanish Literature from the Columbia University.

After the graduation, Bila aimed to pursue a career in acting as her mother ran a performing arts studio. In 2005, she decided to teach so started teaching in New York where she taught creative writing and Spanish.

Jedediah Bila is best known for her work in Fox News. She joined the huge network in the year 2013 and currently, she is a panelist on a talk show, Outnumbered. In the past, she had already worked for MSNBC and Fox Business. She has also appeared in huge TV shows such as Hannity, Fox & Friends, The Mark Levin Show and America's Newsroom. Besides journalism, she has also written a book called Outnumbered: Chronicles of a Manhattan Conservative, which was very successful in the market.

#BehindTheScenes from taping "Dance Moms: Abby Tells All." Don't miss my exclusive sit-down interview with Abby before she went to prison. Airs this Tuesday night, 9pm ET on Lifetime. Trust me, you won't want to miss it. (And big thanks to @karendupiche (makeup) and @christophermichaelhair (hair) for traveling back and forth to Los Angeles with me for this project, love you both.)

Three years later, Bila joined ABC and worked as a co-host on the show, The View from where she received a huge appreciation. Moreover, in 2017, she left teh show and hosted the Lifetime special, Anny Tells All.

Besides, she is also an author. Her published books include #DoNotDisturb: How I Ghosted My Cell Phone to Take Back My Life and Outnumbered: Chronicles of a Manhattan Conservative.

Her presentation skills and confidence level has made her the star TV host she is today and she has always kept on improving on her work, which is the key to her success.

Jedediah Bila has been earning a lot of money for her work and this has given her a net worth of $ million, but, the amount is still under review. As per some sources, a TV host averagely earns a salary of $46k.

Bila also earns much from her books:

Jedediah Bila is a married woman. Bila tied the knot to her boyfriend turned husband Jeremy Scher on 17th February 2018 in Huntington, New York attended by their closet friends and families. They exchanged the vows after the eight-month engagement.

A big thank you to @ohekacastle, @pedestalsfloraldecorators, and @tablewrapsltd for making my wedding day so beautiful. @ohekacastle, I fell in love with your library for my ceremony on day one. Your gorgeous castle made me feel like I was living a real-life fairytale. @pedestalsfloraldecorators, your flowers and floral arrangements were beyond stunning and exactly the warmth I wanted for my day. Perfection. @tablewrapsltd, the custom table linens you made to match my gown were so gorgeous and gave the whole room a soft, beautiful, romantic feel. Stunning. I loved them so, so much. Thank you all, I feel so lucky to have had you on my wedding team. xoxoxo Photos by @jordanmatter

''As 60 of their closest family and friends filled the room, Jedediah walked down the aisle as Jeremy beamed with joy — you could truly feel the love in this magical evening!.''

On their wedding, Bila wore a Rivini lace ballgown and earrings from Susan whereas teh groom was dressed in a traditional tuxedo and accessorized with a plain yellow gold band.

A special thank you to the designers who made me sparkle on my big day. My first look was a @ritavinieris lace ball gown that I fell in love with instantly. It felt a little vintage and a little Cinderella, which I adored. I paired it with beautiful, striking @susanhanoverdesigns earrings. The second look was a short custom dress by @weddingsalonofmanhasset that was so much fun to dance in! I felt like a ballerina. I paired it with gorgeous diamond earrings by @gemtrendsinc, who also did our wedding rings. Thank you to @ritavinieris, @weddingsalonofmanhasset, @susanhanoverdesigns, and @gemtrendsinc for your beautiful creations. xoxo Photos by @jordanmatter

They are together for years but has no children yet.