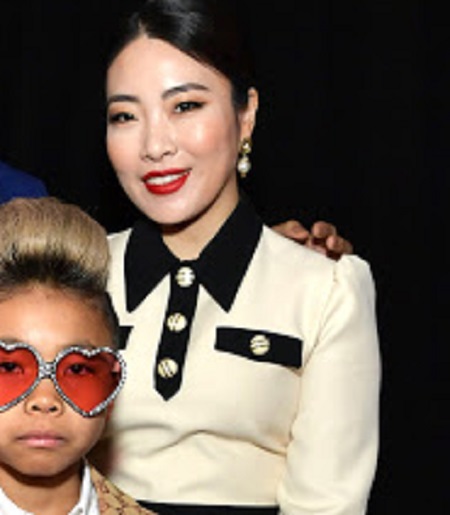 Jaylyn is a South Korean citizen and celebrity wife of American rapper and songwriter, Anderson Paak. She came into the spotlight after tying the knot with Anderson and is now the mother of two children.

Jaylyn’s personal life is what dragged her into fame. She and husband Anderson Paak first met while attending a music school in Los Angeles. She was a music student and sang gospels with her Asian friends.

Jaylyn was keen to learn jazz, blues, rap, and other music genres, so, became friends with Anderson. Soon later, they fell for each other and started dating. After dating for a couple of years, the pair tied the knot in 2011.

In the same year of marriage, Jaylyn gave birth to their first child, son Soul Rasheed. They welcomed their second child, son Shine in September 2017.

Well, this is the first marriage for Jaylyn, but the second one for her husband. He was married before. According to sources, Anderson met his first wife in church. During that time, he was only 21 years old.

Sadly, after being married for two years, the former couple separated and divorced.

Jaylyn was born in South Korea. The celebrity spouse did not reveal her exact birth details; however, she celebrates her birth on the 11th of November, every year. Her ethnicity is Asian.

Besides this, she did not talk about her parents, siblings, and childhood.

Regarding her husband, Anderson was born on 8th February 1986, in Oxnard, CA. He is 34 years old, as of 2020. His ethnicity is mixed; African and American.

There is nothing in detail about Jaylyn’s professional career and work life. However, as per sources, she worked as a teaching assistant in the music school.

On the other side, her spouse is a famous American singer-songwriter, rapper, multi-instrumentalist, and record producer.

Jaylyn’s net worth is not disclosed in the media; however, she lives a lavish lifestyle with her husband. Her partner’s worth is $4 million.