While Samsung faces challenges with intensified competition and global uncertainty (due to the COVID-19 pandemic), the imprisonment of the electronic giant's de facto chairman Jay Y. Lee adds up doubt in the company's leadership. Born Lee Jae-yong, the South Korean business magnate was arrested in 2017 on the conviction of bribery connection with then-South Korean President Park Geun-hye.

After a successful appeal, his 5-year sentence was halved to 2.5 years, and walked free out of the prison within less than a year. However, a retrial ordered in 2019, saw him 30 months sentence again in early 2021. Shortly after Jay's second arrest, Samsung's share value dropped by nearly 3.8%, creating a possible void in the tech beast's future.

Considered the most powerful Korean by Forbes Magazine's List of The World's Most Powerful People in 2014, the Vice-Chairman as well as de facto Chairman of Samsung, Jay Y. Lee is a billionaire. How much net worth does he own? Career in Samsung and post-arrest challenges in the company?

Lee Jae-yong, professionally Jay Y. Lee, is serving as the Vice-Chairman of Samsung since 2012. Following 2 years after a controversial 2015 merger of Samsung C&T with Cheil Industries, that allegedly would hand him exclusive control over Samsung, Lee saw charges of bribery in 2017.

Although the investigation in the bribery act accused Jay Y. Lee of the charges in January 2017, it was until February 16, 2017, when he was formally arrested (first arrest). For more than 22 hours, the Samsung Vice-President saw inquiries regarding monetary misdemeanor including bribery that sacked up Geun-hye out of Presidental responsibilities. 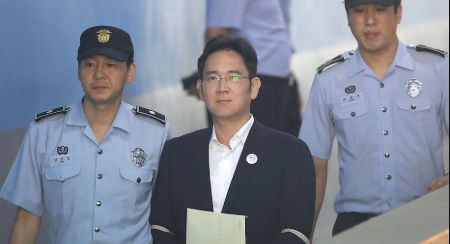 After pleading guilty to corruption, Lee was ruled 5 years in prison on August 25, 2017. But less than after a year, on February 5, 2018, the appeals sought him a reduced sentence to 2.5 years and later suspension, resulting in him out of prison.

He reportedly offered a bribe of £30 million and horses to then-South Korean President Park Geun-hye and her close friend Choi Soon-sil, to gain the support of the government to avoid 2015 merger complications. 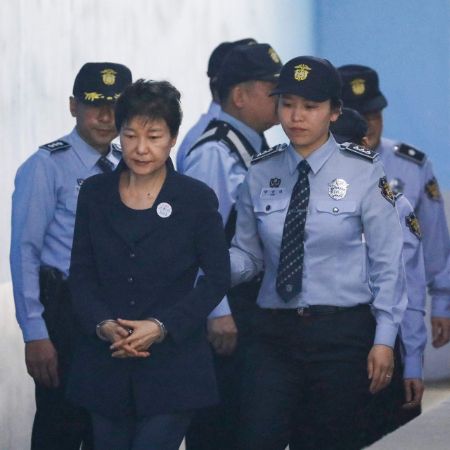 It led to the impeachment of Park on December 30, 2016, and was sentenced to 24 years in prison on April 6, 2018; the prosecutors later filed an appeal to increase Park's penalty to 25 years imprisonment along with a fine of ₩20 billion (US$17.86 million).

Lee's Retrial To Way Back In Prison (Second Arrest)

In 2019, a retrial was ordered concerning Jay Y. Lee's bribery act (that came out in 2017), and the judgment made by Supreme Court on January 18, 2021, sent him into prison again on a 2 and a half years sentence. He was transferred to Seoul Detention Center.

Despite being a whirlpool of troubles already, it seems the misfortune is not over for Lee yet. Aside from bribery charges, the South Korean businessman is set to face a separate trial on the charge of illegal transactions, stock manipulation, and perjury, in connection to the 2015 Samsung merger.

In the midst of the COVID-19 pandemic, the world’s largest producer of memory chips, smartphones, and consumer appliances now has piled up obstacles. Added with tumultuous U.S.-China relations and growing market competition, Lee's imprisonment may complicate larger investments and long-term plans for Samsung.

The dreadful news can potentially hamper the company's future in the absence of its executive, as their investment of $116 billion into its next-generation chip business can turn out to be a risky bet.

According to Forbes, 52-year-old Jay Y. Lee, the grandson of Samsung founder Lee Byung-chul and the eldest child (only son) of Samsung Chairman ( Hong Ra-hee and Lee Kun-hee) has a net worth of $9.6 billion net worth as of January 22, 2021. That fortune is a $116 million raise from that of the previous trading day.

Lee is one of the major shareholders of Samsung, owning 11% of Samsung SDS. 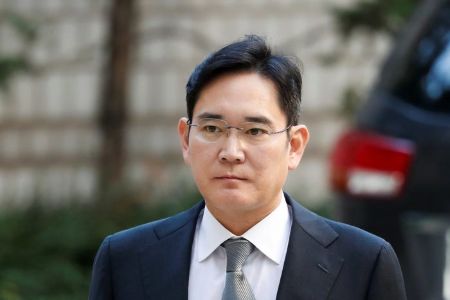 CAPTION: South Korean businessman Jay Y. Lee is a billionaire; the Vice-Chairman of Samsung and the de facto Chairman after his father's death SOURCE: Business Insider

Reportedly, in June 2020, his overall worth was estimated at $6.7 billion, ranking him #4 among the wealthiest persons in South Korea. The Harvard Business School drop out became #30 in Billionaires 2020 and was #36 Richest In Tech 2017 as per Forbes. Moreover,  Forbes Magazine listed him 35th most powerful person in 2014.

The father of 2 children with ex-wife Lim Se-ryung (m. 1997- div. 2009), Lee began working in Samsung in 1991 and was Vice President of Strategic Planning. Then, having served as Chief Customer Officer, he became the Chief Operating Officer of Samsung Electronics in December 2009. 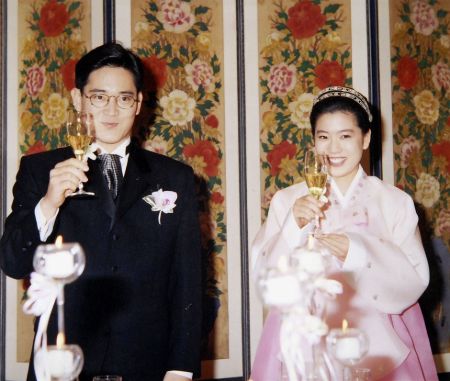 Since December 2012, Jay is serving as the Vice-Chairman of Samsung, and became his father's successor and de facto Chairman of the company, after his father Lee Kun-hee died in 2020.