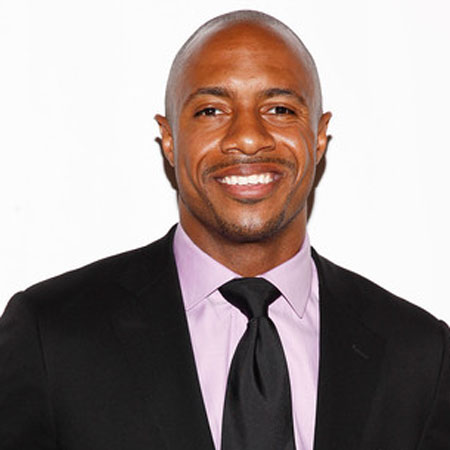 An American former basketball player and ESPN basketball analyst Jay Williams was born on September 10, 1981, in Plainfield, New Jersey. He is also the spokesperson of the vision federal credit union. He has recently published his autobiography titled ‘Life is not an accident: A memoir of reinvention’. He is known to be a player at Chicago Bulls in the NBA.

Jay Williams is from black ethnicity and is an American citizen. He has been playing basketball since his childhood. In the beginning, it came as his hobby but later having excelled in Basketball, he thought about pursuing his career in Basketball.

He attended St. Joseph High School in Metuchen and graduated in 1999. While at his high school, he played basketball representing his school. He was nicknamed as ‘Jay Dubs’. While playing for his school, he was named the New Jersey Player of the Year, a Parade All-American, a USA Today first-team All-American and a McDonald’s All-American. Jay Williams was also awarded the Morgan Wooten Award in 1999 for his basketball achievements and his classroom performance.

Jay Williams attended Duke University where he became one of the few freshmen to achieve average double figures in scoring. He was named as the ACC Rookie of the Year and National Freshman of the Year by the Sporting News.

Jay Williams played for the Duke University in different tournaments from 1999-2002 scoring good points and being appreciated for his performance. He was picked by Chicago Bulls in 2002 and then Jay’s professional basketball commenced.

Jay Williams was starting to have a bright career but his career in Basketball came to an end after being caught in an accident. Jay was riding his motorbike Yamaha R6 on the night of June 19, 2003, and got crashed into a streetlight. He was found wearing no helmet and breaching the terms of Bull's contract by riding the bike.

Jay’s injury made him suffer the main nerve in his leg, fractured pelvis, and three dislocated ligaments. Jay Williams had to undergo physical therapy to make his leg move again. Jay Williams made an attempt to go back to the basketball but it did not work out. His injuries lagged him to play basketball and hence his basketball career came to an end.

Jay Williams can be seen on ESPN working as a college basketball analyst. He worked as a recruiter for sports agency Ceruzzi Sports and Entertainment from 2007-2009.

As of 2019, Jay Williams' current net worth is estimated to be $4 million and is said to receive a lucrative salary. He once also received $3 million from his team Bulls.

Personal Life: Who is Jay's Wife?

Jay Williams’s current relationship status is not known but was known for dating journalist Charissa Thompson. The two started dating in 2011. Both Jay and Charissa used to work together at ESPN. They were seen together often on several occasions.

The couple broke up in 2014. His previous relationships and affairs are also not known. Jay is in age to get married and hopefully in the sooner future, we can see the wedding ring on his ring finger.

Yes, Williams tied the knots with fiance Nikki Bonacorsi, on May 3, 2018. They organized their wedding ceremony at Brooklyn Botanical Gardens.