Charissa Thompson is an American television host and a sportscaster who works for the Fox Sports 1 channel. She has been the host of Fox Sports Live on the Fox Sports 1 network since 2013 August 17. Her work as a co-host from 2014-to 17 on the syndicated entertainment news shows Extra earned her further popularity. Besides being known as a Sports newscaster and television host, she is also a successful model. Thompson has covered sports events for several news channels.

What Is Her Educational Qualification?

Charissa Thompson was born on May 4, 1982, in Seattle, Washington, USA. As of 2022, she is 40 years old. She is an American by nationality and belongs to the White-American ethnicity. However, the media personality hasn't opened up much about her family life and early childhood. 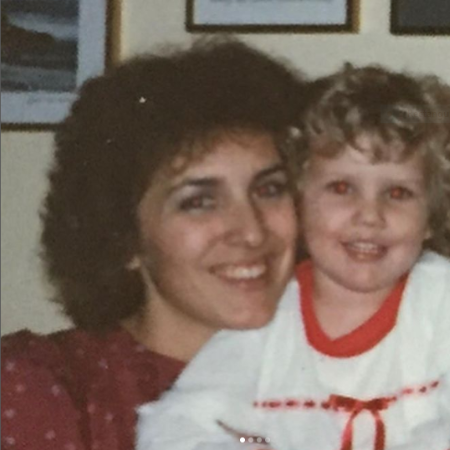 Thompson is an average girl who has managed to step on the ladder of success through hard work. She did her schooling at Inglemoor High School, in Kenmore, Washington. She later went on to enroll at Washington State University. She graduated from the University of California in Santa Barbara, where she majored with a B.A. in Law and Society in 2004.

After completing her studies, she came to pursue her dreams in the media field as a sportscaster. Due to her passion for modeling, she is also active in the field since her early days.

Do You Know Thompson Was Listed in Top Ten Hottest Female Reporters?

Thompson, as a successful model, has been listed in the top ten hottest female reporters on American television. She had worked for Fox Sports at the beginning of her career as a Sports news announcer and a television host. She also has worked for Versus, GSN, Big Ten Network, SportsNation, and ESPN.

In 2009, she was named as an ice-level reporter for NHL on Versus for her performance on the program Shaq Vs. Charissa has covered several of the main events like the 2010 Vancouver Olympic Winter Games, 2010 FIFA World Cup, BCS National Championship, and NBA All-Star Game for Yahoo! Sports.

In 2011, Thompson joined ESPN. She co-hosted the show Numbers Never Lie with Michael Smith and also hosted SportsNation and ESPN First Take. She left ESPN in June 2013 and joined Fox Sports 1, where she co-hosts the program Fox Sports Live.

Thompson started working as a co-host for the syndicated television show Extra along with Mario Lopez and Tracy Edmonds.

Thompson has collected a considerable sum of money from her prolific career. Her fortune in 2022 could be around $3 Million.  She had an estimated net worth of around $2 million in 2020. She currently serves for Fox Sports, where her annual salary ranges from $42,153 to $109,815 a year. She owns a beautiful apartment in Venice, California, United States. The sportscaster bought the fully renovated residence for $2.5 million in 2016. It has a three-bedroom, 2.5-bath home on California's scenic Pacific Coast Highway.

In July 2018, Thompson took her mansion on the market for $3 million initially. But, after a few weeks, she trimmed the price of her house from $3 million to $2.9 million. Thompson had over 221 K Instagram followers in 2020, which also helped her to increase her net worth. The Instagram star can command over $5 thousand has over 100 K followers. As a professional model, her annual salary is over $74,000. As of May 2022, she has 384 k followers on her Instagram account.

The media personality has worked as an ice-level reporter for the NHL on Versus, a sideline reporter for the Big Ten Network, the NFL on Fox, and Fox Sports Net, a co-host on Best Damn Sports Show Period, and a host for the ESPN series Numbers Never Lie.

Who Is Charissa Thompson's Husband?

Charissa Thompson currently resides in Venice, California, United States. Being very beautiful and talented, she has a long list of her fans. She is the fantasy queen of her male fans. She is a 40-year-old beautiful blonde full of sex appeal. Currently, she is living with her partner and is yet to be married. Also, she doesn't have any kids. She has been engaged to a handsome hunk Kyle Thousand. Thousand took to Instagram on January 2, 2020, to announce his engagement to his girlfriend. Her partner is a sports agent. However, further details on their relationship are missing. Also, it is unknown whether the pair is still together.

Previously, the tv personality was romantically involved with a basketball player, J Williams. The duo started dating in 2011. As per some tabloids, the duo ended their relationship in 2015.

However, as she is pretty and talented, most of the guys want to have her.

In 2022, she has 384 k followers on her Instagram account. She has also been featured on the cover page of many magazines, including the 2009 April issue of Access Direct TV Magazine.

Her fans can find pictures and information on her on different internet websites. She is a widely known personality in the United States.