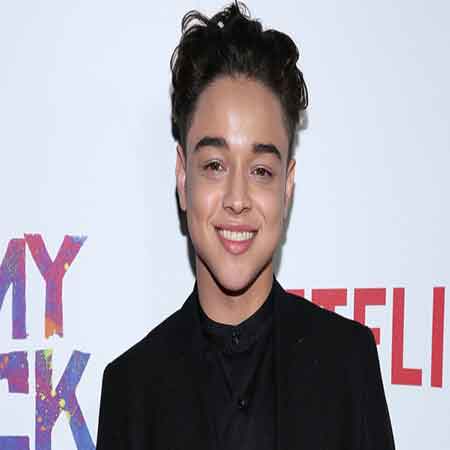 Jason Genao is an American actor who is mostly known for his roles, Napoleon on the American musical drama television series, The Get Down and as Ruby Martinez on the Netflix show On My Block. He made his TV debut in 2016 in Law & Order: Special Victims Unit and first appeared in the big screen in 2015 in the film, Ladrones.

Jason Genao was born on 3rd July 1996 and is currently 22 years old. He was born in New Jersey, the United States under the birth sign Cancer. He has two brothers: David and Danny. Genao graduated from the William L. Dickinson High School.

Genao was interested in acting since his early age and took one of the cheapest online acting classes in New York.

The road to success is never easy. Jason also had to face many rejections, and he was on the verge of quitting acting. In an interview, he said:

"I kinda felt like it was something that was unreachable, So I gave up on it for a while."

Genao further stated that his passion for movies and acting reignited after watching a French film "La Vie en Rose." It inspired him to follow his heart.

Genao then starred as Napoleon in an American musical drama television series, The Get Down from 2016 to 2017 which turned out to be a big break for him. He debuted in the big screen from the American superhero film, Logan, alongside Hugh Jackman, Patrick Stewart, Boyd Holbrook, and Stephen Merchant among others.

Look at @laurenidooner and her newly adopted children. Here we go #onmyblock tonight at 12 @onmyblocktv @netflix

As of 2018, he is working in the coming-of-age television series, On My Block, starring Sierra Capri, Brett Gray, and Diego Tinoco, among others. He portrayed Ruby Martinez in the series.

In the same year, Genao played the role Issac in the comedy-drama series Gog Friended Me.

Jason Genao’s Net Worth And Earnings

Jason Genao's net worth is around $150 thousand - $200 thousand. However, the exact amount of his net worth has not been revealed. As per some online sources, Genao earns $ 10K-13K per his appearance.

The actor appeared in an episode of Law & Order: Special Victims Unit and also appeared in 7 episodes of an American musical drama TV series, The Get Down from 2016-2017. He is currently working on Netflix Original's, On My Block. The show released on Netflix on March 16, 2018.

Jason Genao is one of the rising stars who still has a long way to go. His earnings and fame spike incidental after he starred in the Netflix's drama series On My Block.

The actor is also much popular on social media especially on Instagram account with over 558 K followers, as of 2019. It is also the major part of his net worth as the Instagram star who has over 500 K followers can command over $7000 a sponsored post.

Jason Genao seems to be single in the present time and is focused on his career.  Genao has kept his personal life a big mystery and no news of him dating a having a girlfriend has been heard.

Genao is very hard working and an ambitious person and considering all this there is no doubt that within no time he will be one of the famous actors of this generation. Though he posts several pictures with his co-workers, he is single.