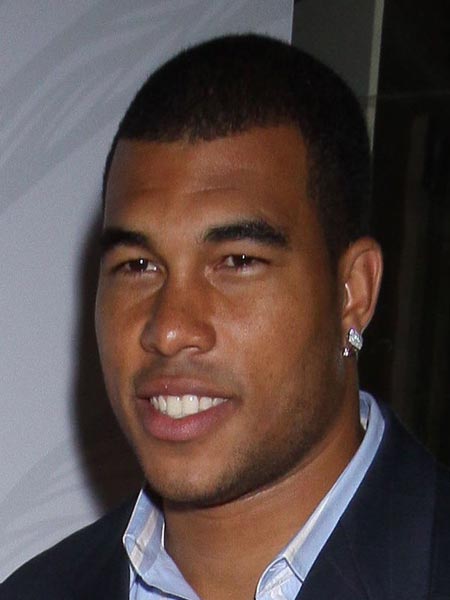 Jason Bell is a former professional American football cornerback who played for the teams like Dallas Cowboys, New York Giants, Houston Texans. His unquestioned brilliance on the peach led him to win the Ed Block Courage Award with the team Houston Texas. As of now, the retired footballer works as an NFL pundit.

Jason Bell was born on 1st April 1978, in Long Beach, California, the United States of America. He is a son of Cortland Bell (father) and Geraldine Bell (mother). As far as his nationality is concerned, he is an American and belongs to mixed ethnical background.

Bell also has unbelievable running skills who held the 10.7 seconds record in the 100-meter dash as well as 21.89 seconds in the 200-meter dash.

Jason Bell was offered a football scholarship from the University of California, Los Angeles. With the team, he won his first Pacific-10 Conference championship, in 1998.

In the following year, due to a medical emergency, the player was granted an additional year of eligibility. He later scored 18 tackles and 4 passes defended.

Bell later signed a contract with the prominent American football team Dallas Cowboys as an undrafted free agent. He played a key role leading the team in special teams tackles with 21. In September 2002, Jason started playing for the Houston Texas and won the Ed Block Courage Award. 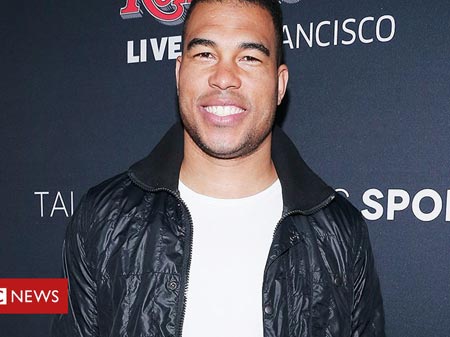 Bell finished the following year becoming the second on the team with 15 special team tackles. On 13th March 2006, the rival New York Giants signed him as an unrestricted free agent. He underwent back surgery in the year 2007. Following the series of injuries, the footballer eventually announced his retirement from the NFL, in 2008.

Following his retirement, Jason Bell went on to attend the Harvard Executive Business program and started working in private wealth management. He later became a member of Masters Private Client Group where he still serves as a specialist in professional athletes and entertainers.

Business Insider also named him as one of the “Top 36 Football Players on Wall Street”.

Jason Bell has made a hefty amount of money from his various works, especially his association with many popular football teams played a major role in his earnings. As of 2019, the footballer's net worth is around $5 million.

Though it is little unclear how much Bell was paid for his performance with many ace teams, with no doubt he received a huge amount of salary. He currently serves as an NFL pundit which is also an essential part of his net worth.

Bell along with his two friends spent $45,000 (£34,785) on tickets, accommodation, and flights during Netflix's Fyre Festival documentary,

Despite having such hefty net worth, the retired footballer has remained tight-lipped about his properties and houses. With no doubt, Jason is enjoying a nomadic lifestyle.

Jason Bell is not married yet but was in a long relationship with Nadine Coyle. His ex-partner is a member of the girl group named Girls Aloud. The group released their debut solo album Insatiable in November 2010. To date, Aloud has released five consecutive platinum-selling studio albums.

The coupe first came across with each other when Nadine was working in the United States back in 2008. After dating for a couple of years, Jason popped the question to Coyle but they called it quits in the following year. 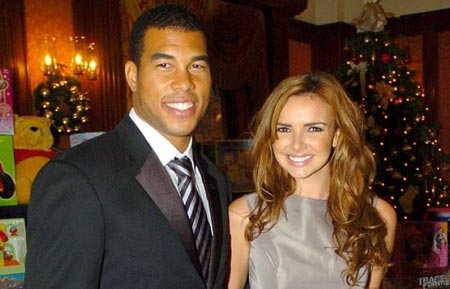 In 2013, the couple re-kindled and welcomed their first child, a daughter Anaiya, in early 2014. The pair announced that they were expecting their first child in August 2013. Just after a couple of months, the footballer again asked Coyle to marry him but an insider told that the two were never married.

They dated for over a decade before their separation. Sources report that the singer broke up with Jason after realizing that the couple was actually leading separate lives.

Even after they parted ways, Jason and his ex-girlfriend Coyle still care for one another and are a close friend for the sake of their child.

Prior to Jason, Nadine was also in a relationship with Dallas star Jesse Metcalfe. The two dated for about two years.