Jarrid Wilson Took His Own Life; Dies At The Age Of 30 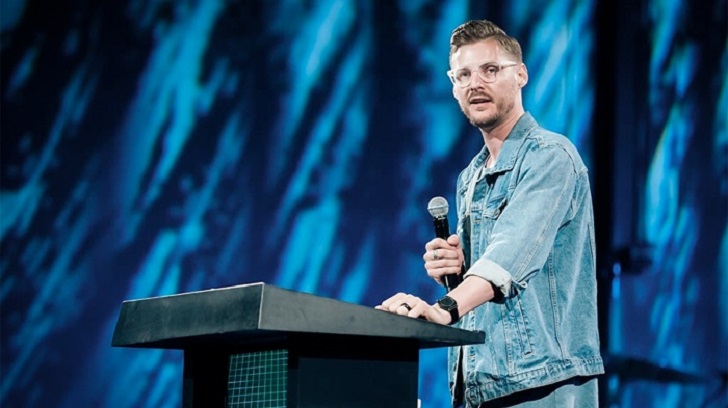 Jarrid Wilson, Who Is A Famous Megachurch Pastor And Mental Health Advocate, Has Died By Suicide. He Was 30 Years Old.

The 30 years old Jarrid Wilson, who worked at the 15000 members Harvest Christian Fellow Church for around sixteen months, has killed himself. His wife, Juli Wilson was the one to break out the news.

She took her Instagram to share a video of her late husband playing with their son. It was the last memory she has of her husband. The video was taken on Monday the day he died.

In the caption, Jarrid admitted that she misses him beyond what her heart can stand. She thanked her late husband for loving their boys. She wrote: Longing to be with you, longing to make you proud. The boys and I miss you so much. I frieking love you too. So much more than you could ever know. Wish I could tell you that right now. We all do.

Juli uploaded a series of her husband smiling from ear to ear as he fished, hiked, and spent quality time with his children. She is devastated over her husband died but claimed that her spouse is no longer in pain.

Juli then concluded that “suicide does not get the last word.” She also promised to do her best to continue Jarrid’s legacy of love until her last breath. 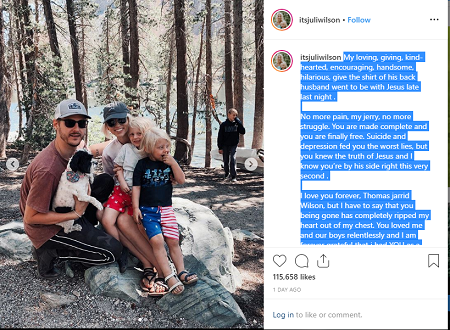 In the last post, Jarrid on his Twitter, just a couple of hours before his death, the father of two children claimed that loving Jesus does not always cure suicidal thoughts or cure depression. 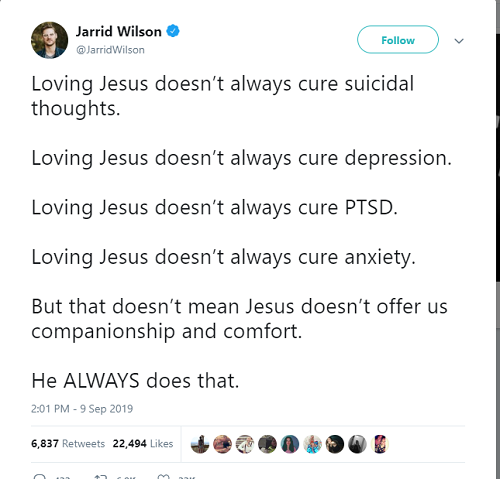 Before taking his own’s life, Jarrid accomplished his mission to help people who are struggling with depression and mental illness.