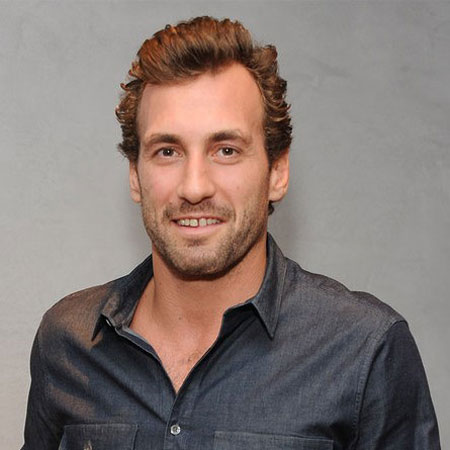 Jarret Stoll is a Canadian former professional ice hockey player known for his hustle and face-off expertise. He and the team won Stanley Cup Championships along with Los Angeles Kings in 2012 and 2014. Stoll played in the National Hockey League for the Edmonton Oilers.

He has been married to sportscaster Erin Andrews since 2017. The couple became engaged on December 9, 2016, and their wedding ceremony was held on June 24, 2017. His net worth is $16 million at present.

Jarret Stoll was born on June 24, 1982, in Melville, Canada. He holds Canadian nationality and belongs to White American nationality. Her zodiac sign is Cancer.

Jarret parents were Tim Stoll and Sheri Stoll. His father Tim was a District manager for the Pioneer Grain Elevators. He has an older brother, Kelly Stoll who played for the Yorkton Terriers of the SJHL and a younger sister, Ashley who played for the University of Saskatchewan Huskies Women’s Hockey Team. He joined Sacred Heart High School and then attended Melville High School.

The promising player played his early hockey in the Canadian province of Saskatchewan. His career began with his WHL career at the end of the 1997-98 season with the Ice.

While playing with Kootenay at WHL he went through the NHL draft process twice. He also played for the Hamilton Bulldogs of the AHL in the year 2002 till 2003. He was then traded to the Los Angeles Kings along with Matt Greene for Lubomir Visnovsky.

Jarret signed as a free agent, a one year contract with the New York Rangers on 2015. He was also claimed off waivers by the Minnesota Wild.

As a free agent from the Wild at the conclusion of the season, Stoll was unable to sign an NHL contract, opting to sign a professional try-out contract ("PTO") to attend the Columbus Blue Jackets' training camp on August 30, 2016. However, he was released from his PTO on October 5, 2016.

Jarret Stoll's Net Worth And Achievements

Jarret Stoll's net worth is $16 million at present. Being a famous player, Jarret is able to earn a good amount of net worth and is living a luxurious life.

Jarret Stoll stands at the height of 6 feet 1 inch. Jaret is a famous player he has won several medals. He won Stanley Cup with the Los Angeles Kings, a championship in the history of franchise opposite the New Jersey Devils.

He won silver medals in the 2001 and 2002 World Junior Hockey Championship representing Canada and was named a team captain.

Stoll hosted his annual charity golf tournament, which benefitted the Jarret Stoll Comfort Fund. He was arrested for the possession of cocaine and ecstasy in a hotel at Las Vegas and was pleaded guilty to two misdemeanors in June 2015.

Jarret was engaged to model and actress Rachel Hunter and planned to marry in August 2009, but the wedding was called off.

He started a relationship with Erin Andrews, a sportscaster, journalist, and television personality in 2012. Andrews is the host of FOX College Football for Fox Sports and Dancing with the Stars.

The couple became engaged on December 9, 2016. They were married on June 24, 2017. Reportedly, he dated Wayne Gretzky's daughter Paulina in the past.