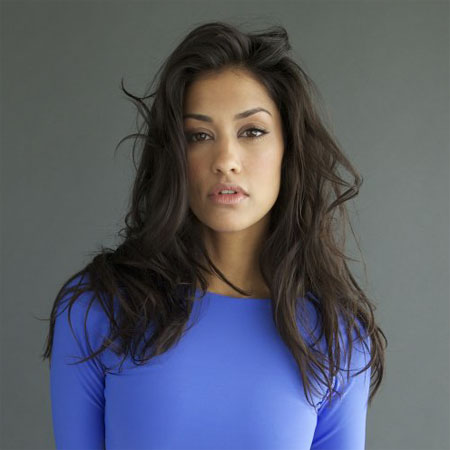 Further, she is known for her role as Papi, a lesbian lothario in The L Word and Leigh Turner on The Gates. She also featured the role of Diana Thomas on FOX's supernatural drama named Sleepy Hollow.

Janina Gavankar was born on November 19, 1980, in Joliet, the U.S to Mohra Gavankar and Peter Ganesh. Her mother, Mohra Gavankar is half-Dutch and half-Indian. She grew up playing piano and percussion.

She has a sister named Sonya Gavankar who is a world-famous journalist and former Miss District of Columbia during 1997. As far as her ethnicity is concerned she belongs to White American and holds the American nationality.

During her college time in Chicago, Gavankar did a lot of advertisements and that was her “bread and butter” as stated by her.

The artistic actress in Hollywood film industry, JaninaGavankar began exploring her acting interest from a very early age. She has acted in several films, theatre, television and online.

She debuted in Why Is God followed by MGM’s ‘Barbershop’.

Additionally, she has portrayed her role in several movies including The L Word, True Blood and The League. In 2009, she featured on the TV shows including Three Rivers, The League, Dollhouse and The Cleaner. She was also seen in several indie movies like Men, Indian Gangster, Interrupted and Quantum Quest: A Ca s sini Space Odyssey.

Apart from acting, Gavankar is an admitted gamer and has appeared on G4 TV's Attack of the Show and Epileptic Gaming's Up All Night. She also enrolled in the field of music. Moreover, Gavankar made a cover of Kanye West's Love Lockdown. She collaborated on a project for a song, Tell Me What in India along with Deep, Navraaz and Pratichee Mohapatra of Viva.

Moreover, she featured in the music video by San Francisco based band, Recliner for their single, Float Away. In 2012, she released the single for her upcoming EP, Waiting for Godot. Her performance helped her earn several film festival awards. She received the Gravity Summit Award for Excellence in Social Media and was nominated for an Asian Excellence Award.

Janina Gavankar is living a lavish life. She has earned an astonishing amount of salary from her professional career including music and acting. Her net worth is estimated to be around $500 thousand.

She was also nominated for an ‘Asian Excellence Award’ in the year 2008.

The proficient actress is pretty uptight in sharing her personal details with the outer world. She dated Angelo Sotira, a deviant Art CEO from 2004-2010. The reason for their split was noted to be her work on Kanye West's music video.

Recently she is rumored to be dating, Simon Cowell, a music mogul. The duo swapped flirty tweets with each other which grabbed the media attention towards the rumors. Currently, she is single and still unmarried.

Besides, Her father was best friends with Bollywood director and father of Bollywood actress Kajol, Shomu Mukherjee.