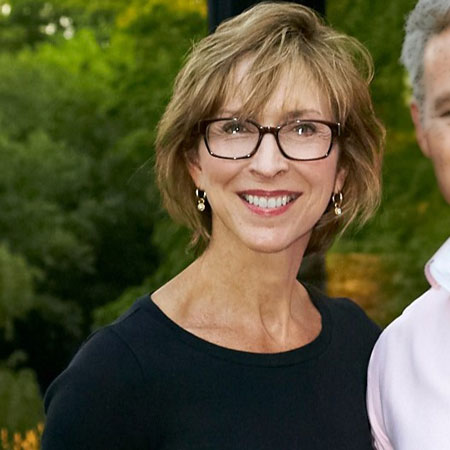 Jane Boone is a former Channel 5 reporter as well as an advertising executive. Jane is well known for her marriage with the CBS News correspondent for ‘60 Minutes’, Scott Pelley.

The former Channel 5 reporter, Jane Boone was born in the United States of America. As far as her nationality is concerned, Jane is an American and belongs to White American ethnicity. She was raised up by her American parents.

Jane Boone began her journalism career with Channel 5 as a reporter and worked for a long time. In addition to Channel 5, Jane also worked as an advertising executive for several advertising agencies.

According to the current relationship status of Jane Boone, it has been dictated that Jane is a married woman. Jane and her boyfriend Scott Pelley married after dating for a longtime. Jane’s husband is an anchor, correspondent, and journalist. He is currently working for the CBS News Magazine named 60 Minutes as a correspondent and anchor.

They met for the first time in Dallas and got married in 1983 on the SMU Campus. Her husband Scott said, in an interview with Dallasnews.com:

“Jane and I lived here for 20 years. We met here, and we were married here on the SMU campus. We had our children here.”

The couple has also a son Reece Pelley and a daughter Blair Pelley and they both are grown up now. The family often travels together and they have traveled to pretty fascinating places all around the globe. Scott disclosed this and said,

"Having our children travel has always been my wife's priority and one Jane (Boone Pelley) has worked very hard to make happen."

Moreover, Scott also recalls taking his son to Antarctica when his son Recce was eight years old. He said,

"It was one of the greatest father-son memories that I have of the two of us. My little boy is now 22 years old and 6-foot-6, but I still remember him as a little guy."

The couple is currently celebrated their 34th anniversary and is sharing the same journey of marriage together without any rumor of divorce.

The former Channel 5 reporter, Jane Boone has earned a good amount of net worth from her journalism career that is estimated to be $500k. Jane also shares net worth of $15 million with her husband Scott Pelley.