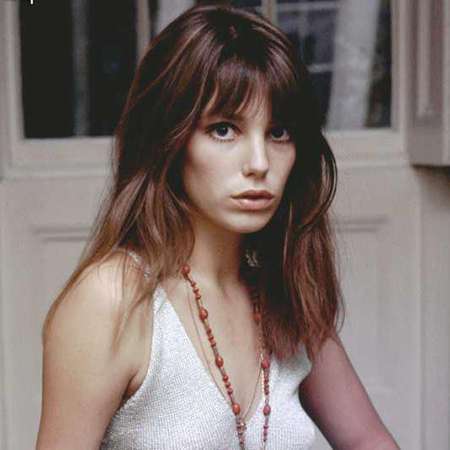 An English actress and singer Jane Mallory Birkin is known for her appearances in Blow-Up (1966), Evil Under the Sun (1982) and Boxes (2007). She was previously married to John Barry. She has won numerous prestigious accolades OBE (Officer of the Order of the British Empire) in the 2001 Queen's Birthday Honours List for her services to acting and British French cultural relations.

Jane Birkin was born on 14 December 1946 in Marylebone, London, under the birth sign Sagittarius. She is a daughter of English actress Judy Campbell who is best known for her work on stage.

And her father David Birkin was a Royal Navy lieutenant commander as well as World War II Spy. She also has a brother who is a screenwriter and a director, Andrew Birkin. Taking about her education she attended Upper chine School.  She was interested in singing and acting when she was very young.

Jane Birkin's duet with Serge Gainsbourg ‘Je time…. Moi non plus’ was a major hit even though the song caused a scandal for its sexual explicitness. Due to this, it was banned in Italy, Spain, and the UK. Originally the song was written for Brigitte Bardot by Gainsbourg.

Agatha Christie who is well-known for her crime novels and known as Queen of Crimes, she appeared in her movies Death on the Nile in 1978 and Evil Under the Sun in 1982. Similarly, Birkin recorded several albums such as Baby Alone in Babylone, Amours des Feintes, Lolita Go Home, and Rendez-vous.

There is also a brand named after her last name Birkin, the Brand is called Birkin Bag. The chief executive Jean-Louis Dumas of Hermes created black supple leather bag suiting to her style based on an 1892 design.

After that, she used the bag for some time but switched to other types after developing tendinitis. Apart from her engagement in the entertainment industry, she is also interested in humanitarian works. She is engaged with Amnesty International which is the organization working on an issue of immigrant welfare and AIDS issues.

Jane Birkin's Net Worth And Salary

Birkin is also a former model and her salary was over $56,000 a year. She often works with Amnesty International on humanitarian issues and donates her yearly royalties for the Birkin bag (approximately $50,000 per year) to a charity of her choice. In 2015, she had a brief disagreement with Hermès regarding the farming methods of alligators and crocodiles used to make the bags.

The actress made her appearance in the movie Death on the Nile which became the huge hit at the box office grossing over $14.5 million against its budget $8 million. In the movie, she played the role alongside Lois Chiles, Bette Davis, Mia Farrow, Jon Finch, Olivia Hussey, George Kennedy, and Angela Lansbury.

Jane Birkin was married to John Barry a well-known English Composer in 1965. Her husband John is the English composer best known for writing the music for many James Bond films. They had a simple wedding ceremony which attended by only family members and some of the relatives.

Birkin also wore a very beautiful wedding dress for her wedding. They have one daughter together named Kate Barry who is a late photographer. Barry was born on 8 April 1967 and unfortunately died on 11 December 2013. The power couple, however, parted ways in 1968.

Her relationship with Gainsbourg has led to the birth of actress and singer Charlotte Gainsbourg even though they never married. She has a similar kind of character as her mother with some kind of hair as her mother.

Birkin had also a romantic and creative relationship with the French singer and film composer Serge Gainsbourg. The two met for the first time on the set of Slogan in 1968. There has been also a rumor that the two were married but they never tied the knots. They welcomed their first child, a daughter named Charlotte Gainsbourg, is an actress and singer.

Birkin was also involved in a relationship with the director Jacques Doillon. The two have also a daughter Lou Doillon, on4 Sep 1982. She also dated  French writer Olivier Rolin.

Both the mother and the daughter has also worked together in the cover art of Have You Fed the Fish? From her relationship with Jacques Doillon who is a director, she gave birth to her third daughter Lou Doillon in 1982.

Despite her old age, she started living alone after the death of Gainsbourg as she could not compete with the grief of losing him.