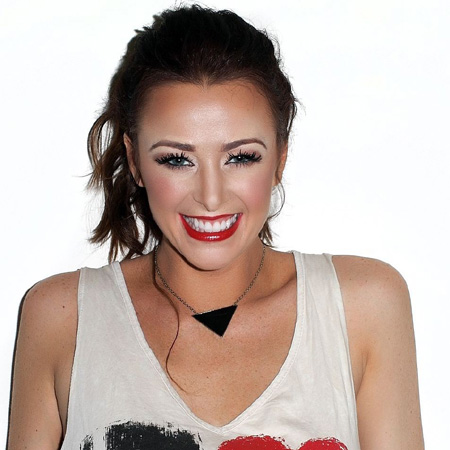 Jamie Otis is an American television personality. She came into limelight after she participated in the first season of Married at First Sight, where Otis met her husband, Doug Hehner.

Otis was also a contestant on American reality dating game show, The Bachelor.

Otis was a freshman in college when she earned custody of her younger siblings and became a certified foster parent.

After graduation, Otis became the host of The Chef’s Connection. During the time, she also worked as a registered nurse in a labor and delivery at the Columbia Presbyterian in New York.

In 2012, Jamie Otis began her career as a contestant on the sixth season of American reality dating game show, The Bachelor, where she competed for the love of Ben Flajnik. However, she was eliminated by Majority.

Later, Otis appeared in the third season of Bachelor Pad, where she coupled with David Mallet, unfortunately, the pair was eliminated on the 4th episode of the show.

In 2014, Otis participated in the first season of Married at First Sight where she was chosen to marry Dough Hehner.

During the time, Otis also hosting for the Star Shop and Chief’s Connection.

Moreover, Otis has made her acting debut in an episode of 2014 TV series Honestly Amelia where she portrayed the character of Ms. Williams.

Otis Penned down and published her first book entitled Wifey 101: Everything I Got Wrong About Finding Mr. Right in June 2016.

Jamie Otis married to her boyfriend, Dough Hehner on March 23, 2014. The pair first met on the set of Married at First Sight where they broadcasted first 2 years of their marriage.

On August 22, 2017, they welcomed their second child a daughter, Henley Grace. She has even shared various photos of her daughter on social sites including Instagram.

After hosting several reality shows, Jamie Otis has not only earned a popularity also has gained good sum of net worth as well.

Though her net worth is not disclosed yet. Looking at her lavish lifestyle, Otis probably enjoys a net worth not less than six figures.