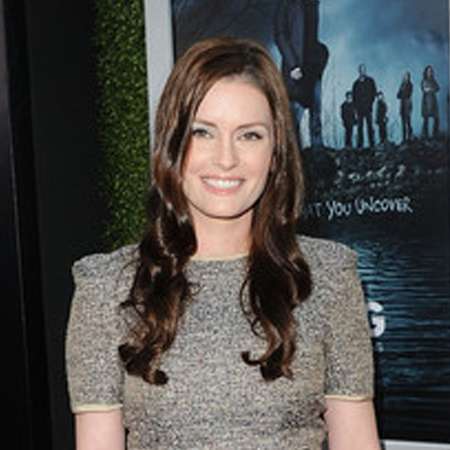 Jamie  Anne Allman is an American actress, best known for her role as Terry Marek on AMC's The Killing. In the year 2004, the actress also landed her role in romantic drama The Notebook which brought her further fame.

Jamie Anne Allman was on April 6 in late 1980 born in Parsons, Kansas. She is the oldest of five, and it was her dream since her childhood to be an actress. She grew up on a farm on the border of Oklahoma and Kansas.

Allman moved to Orange County, California after graduating from high school where she lived with her mom.

Allman first appeared in the in 1999 movie Fashionably L.A. as Ka s sidy’s Dresser and started her acting career. The following year, she appeared in TV series called The Fugitive as Bree Davis.

In 2001, Allman starred in the film It Is What It Is as Iris and in TV series like The Practice as Michelle Trotter, Family Law as Chloe Frye, NYPD Blue as Noelle Burnett and Boston Public as Sharon.

In 2002, Allman had some roles in TV series like Six Feet Under as Junkie Woman, The Guardian as Mandy Gressler and CSI: Miami as Jane Renshaw. From 2002-03, she appeared in Fastlane as Sophia Jones and The Shield as Connie Riesler.

In the year of 2005, Allman starred in a short film called AdCorp, Inc. as Trisha. From 2006-2012, she appeared in several movies and TV series including Steel City as Maria Lee, Prairie Fever as Olivia Thibodeaux, Love After Life as Elizabeth, Three Rivers as Laura, The Love Affair as Melanie Troy, The Last Rites of Joe May as Jenny Rapp, Any Day Now as Marianna, Covert Affairs as Bebe Langford and in a hit murder mystery series, The Killing as Terry Marek.

Jamie Anne Allman has earned lots of from her acting career; her current net worth is around $500 thousand dollar. In 2004, the actress was a cast in the romantic drama movie The Notebook which became the quite hit at the box office raking up more than $115 million from the budget $29 million. In the movie, she played the role along with Ryan Gosling, Rachel McAdams, James Garner, and Gena Rowlands.

Jamie Anne Allman is married to an actor, Marshall Allman in 2006. The ceremony was conducted in Austin, Texas.

The couple has three children together. They have twin sons named Asher James and Oliver Charles, were born on January 31 in 2013. Allman gave birth to her third child, a daughter, June Joanne Allman on May 21 in 2014.

When she was pregnant with her twin sons, Allman was diagnosed with gestational diabetes due to which she was on the bed and led to premature delivery. The twins were admitted to the NICU as the twins were 81 days premature before getting discharged in late April. Her third child was also born a few weeks premature.

Allman seemed very happy with her complete family and recognized as one of the celebrity couples.

Jamie  Anne Allman stands 1.7m/ five feet and six inches with the weight of 55 kg.  She also is active on many social media sites including Twitter and Instagram.