James Marsters is an American actor, musician and voice actor widely known for his portrayal of the English vampire Spike in the WB supernatural series, Buffy the Vampire Slayer, and its spin-off, Angel.

Marsters, who was previously married to actress Liane Davidson from 1989 to 1997, has currently married to Patricia Rahman.

James Marsters was born as James Wesley Marsters on  August 20, 1962, in California, the United States of America, under the zodiac sign Leo.

He is the son of a United Methodist minister and social worker. He was raised along with two siblings; brother Paul Marsters and sister Susan Marsters in Modesto, California.

He played Eeyore in Winnie the Pooh while he was in fourth grade. Marsters later joined a theater group at Grace M. Davis High School and performed in numerous plays and musicals.

Following his graduation in 1980, Marsters attended the Pacific Conservatory of the Performing Arts at Allan Hanc* * k College in Santa Maria, California. Later in 1982, he moved to New York City and joined the Juilliard School.

James Marsters got his first professional acting role as Ferdinand in The Tempest at the Goodman Theatre in 1987.

He made his television debut in 1992 with the role of a bellboy and a church minister in the CBS comedy series, Northern Exposure.

In 1997, Marsters was cast as a series, Spike, in the WB horror series, Buffy the Vampire Slayer. He appeared on the series until 2003, alongside Sarah Michelle Gellar, Nicholas Brendon and Alyson Hannigan.

James Marsters is undoubtedly one of the renowned television actors. Throughout his career, the 57-year-old TV star has gathered a substantial amount of money to his net worth.

The total net worth of Marsters is estimated to be $5 million, according to the Celebrity Net Worth website.

As for his salary, while appearing on Buffy the Vampire Slayer, he was making around $100,000 per episode, as per reports.

As we mentioned earlier, James Marsters has been married to actress Patricia Rahman who has appeared in Vidiots and When It Burns. The couple tied the knot in 2011 and ever since the two are living a happy married life. 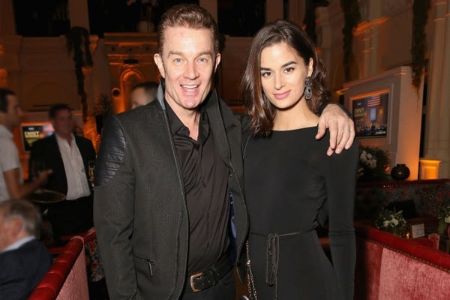 Marsters was previously married to Liane Davidson' the pair exchanged wedding vows in 1989 but after eight years of marriage, the husband-wife duo got a divorce in 1997. The former couple is parents of a son, Sullivan Marsters.