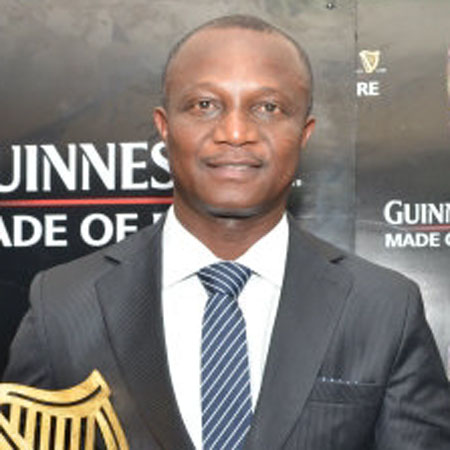 James Kwesi Appiah is one of the popular and professional footballer from Ghana. He was born in 30th June in the year of 1960.He was born in Ashanti in Ghana. He is popularly known as Akwasi Appiah. Apart from being just a footballer ,played as Defender Position,he has also recorded his recognition as a manager. The Current Team he is busy  Ghanaian football coach. During his days as a football he was one of the best players from the Ghana. He was very interested in football from his early age. In those days there were no trends of watching football on television so the best way was to listen commentary on the radio and play the game right on the local ground with local teams..He learnt more and more interest in football just by curiosity and playing it for a long time.

He is one of the player who had to go through a lot of struggling phase before he gets into a nice rhythm and gets a breakthrough in the professional football. He started his football passion from the local games with local team. Later he was called upon from Football club with Asante Kotoko .He played football for them from 1983 to 1993 for about 10 years. Apart from playing in the club he also was a regular member of the national football team. Back in those days in 1987 and 1992 he captained the Ghanaian Team for FIFA World Cup Qualifying matches. After he retired from his football career as a player he rested for a while. Again he came in the football areas as a assistant coach in 2007.Before that he prepared him selves by taking trainings from English Clubs Manchester City and Liverpool. Before he was appointed as the chief manager he had been Ghana’s assistant coach from 2007 to 2012.He was the coach to Under 23 Ghana team which led them to 2011 all Africa games. Later due to his better and successful personality and worj he was given the responsibility of head coach of Ghana National team in 2012 .Under his guidance the Ghanaian team got qualified for the upcoming and most awaited 2014 World Cup in Brazil. Due to his successful work he has been renewed with two year contract in 2014.

Although there is not much information about his marriage, there is a solid confirmation that he is actually a married man. It is not publicly explain about his wife but he has three children and they are peggy, Audrey and Marypearl..His Height of 1.7m and Weight of 66 kg..

Although there is not much trophies awarded to the player as well as coach ,he has set some success in the Ghanaian football from the time he started to coach. He has successfully taken the team to the 2014 World Cup.