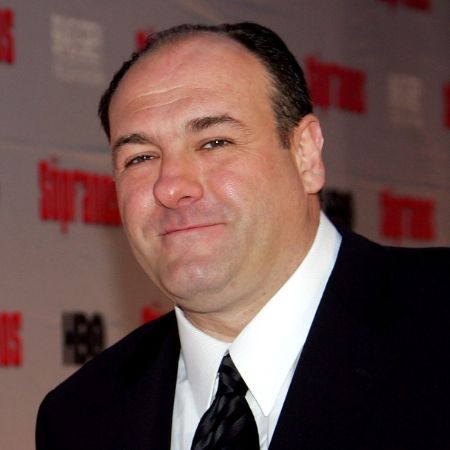 Golden Globe winner James Gandolfini was an American actor and producer. He is known for his role from the television series The Sopranos for which he won one Golden Globes Award and three Primetime Emmy Awards. The actor also appeared in various feature films including 8mm, The Mexican, The Taking Pelham 123, and Zero Dark Thirty. As a producer, he released TV movies Alive Day Memories: Home from Iraq, Cinema Verite, and Nicky Deuce.

Born And Raised In New Jersey

He was the son of high school food service worker mother Santa Gandolfini. His father James Joseph Gandolfini Sr was the head custodian at Paramus Catholic High School. He was raised well by his parent along with his two sisters Johanna Antonacci and Leta Gandolfini.

The actor went to Park Ridge High School, where he was a member of a basketball team. He graduated with a Bachelor's degree in Communications from Rutgers University in 1983.

James Gandolfini made his debut from the movie Shock! Shock! Shock! in 1987. At the same time, he worked in broadway theater drama A Streetcar Named Desire. The actor has appeared in many movies including A Stranger Among Us, Money For Nothing, and Italian Movie.

In 1999 he got his major role in the TV show The Sopranos sharing his screen with Lorraine Bracco, Edie Falco, and Michael Imperioli. For his role, he won a Golden Globes and three Primetime Emmy Awards. From his acting skill in The Sopranos, he appeared in movies including The Taking of Pelham 123, Mint Julep, and Zero Dark Thirty. 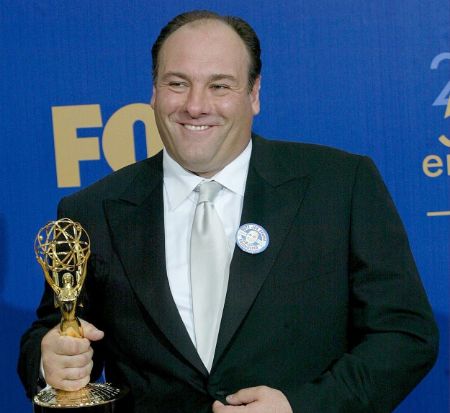 He made his debut as a producer from Alive Day Memoires: Home from Iraq in 2007. Later worked on TV movies like Wartorn: 1981-2010 and Hemingway & Gellhorn. The actor also worked as a producer and actor in the 2016 television show The Night Of along with  Riz Ahmed, John Turturro, and Bill Camp. His this TV show was released after three years of his death.

The Golden Globes winner left the world on 19th June 2013 in Rome. He was at Rome to attend an Award event at Taormina Film Fest.  He was with his family, his son Michael discovered him unconscious on the bathroom floor at the Boscolo Exedra Hotel.

He was taken to hospital at 10:40 pm and he was announced death 20 minutes later due to Heart attack.  On 23rd June 2013, his body was returned to the US. Four days later, his funeral was held at the Cathedral of St. John the Divine in Morningside Heights, Manhattan, New York.

What Was His Net Worth At The Time Of His Death?

James Gandolfini had collected a massive wealth from his work. According to celebrity net worth, he has an estimated net worth of $70 million, at the time of his death.

The actor earned a massive salary from his work. He earned $13 million from the series The Sopranos season 5 and $5 million for the from the movie The Last Castle.

He owned a 5,600 sq ft home in Tewksbury which he bought in 2009 for $1.5 million. He also had properties in New York City, Lake Manitoba Narrow, Canada, and Tewksbury Township in New Jersey.

The actor married two times in his life. He was first married to producer Marcy Wudarski on 20th March 1999. From his first marriage, he has one kid son Michael Gandolfini born on 10th May 1999. The actor got a divorce with his wife on 18th December 2002. 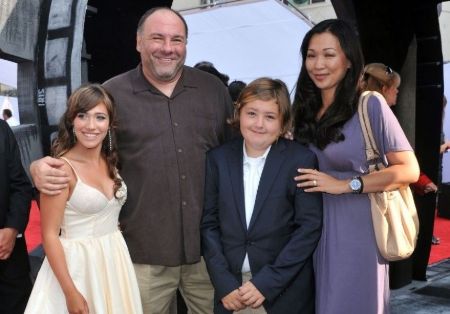 Michael Gandolfini along with his wife and children SOURCE: Pinterest

Gandolfini dated actress Deborah Lin from 2006. The actor dated for two years and exchanged their marriage vows on 30th August 2008. From his married, he welcomed his daughter Liliana Ruth Gandolfini on 10th October 2012.