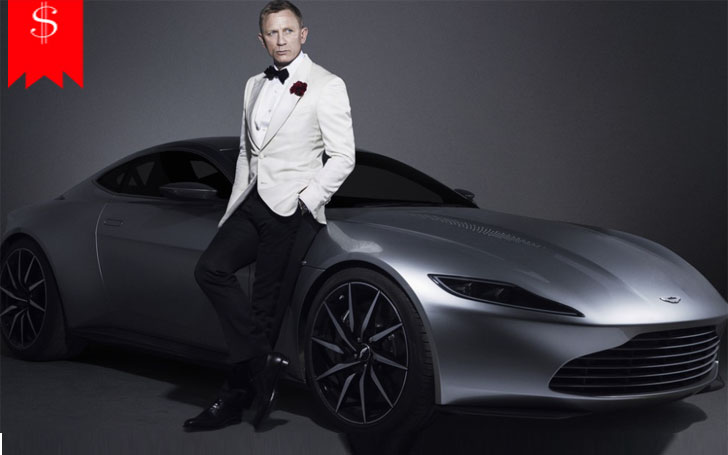 Renowned director Martin Campbell has established himself as an influential filmmaker. He is the man behind several hits like Vertical Limit, GoldenEye, Casino Royale, The Mask of Zorro and The Legend of Zorro among other things.

Today,  we are discussing Martin Campbell's net worth and his career earnings here. The Hollywood director sure has some serious money.

How much is Martin Campbell's Net worth? Details About His Sources of

The credit to Campbell's impressive net worth goes to his decades-long career in TV and film directing. Campbell started his career as a cameraman in the late 1970s; he's come a long way to becoming an established Hollywood director. He made his directorial debut with The Sex Thief in 1973.

Seventy-one years old director, Martin Campbell, has created several hits. His two James Bond films, GoldenEye in 1995  and Casino Royale in 2006  made $355 million and $599 million respectively at the box office.

Campbell's another movie, which was a critical acclaim, Vertical Limit in 2000 collected over $200 million worldwide.

Watch: Vertical Limit trailer Campbell has directed two Zorro films. The Mask of Zorro in 1998 collected nearly $250.3 million and the movie also received Academy Award and Golden Globe nominations whereas The Legend of Zorro in 2005 made roughly $142.4 million.

Campbell also has a foot in TV series; he has directed TV projects like Reilly: Ace of Spies, Edge of Darkness, Shoestring, Minder, The Professionals, Bergerac, and Muck and Brass.

In the mid-1980s, Campbell became one of U.K.'s top directors. He also achieved the British Academy Television Award for Best Director in 1986 for his work in the BBC Television drama series Edge of Darkness.

Martin Campbell and his wife Sol E. Romero are married since 2006. The couple is blessed with three kids: Fabio Campbell, Tomas Campbell, and Elina Campbell. Martin Campbell and wife Sol E. Romero in the at the premiere of Green Lantern

Martin Cambell and Romero are supportive of each other; they appear together at several events. Like the time they were together at the premiere of Green Lantern at the Grauman's Chinese Theatre in Hollywood, California on June 15, 2011.

Martin Campbell and his former wife Valarie Trapp in an event

Romero is Campbell's second wife. Before Romero, he was married to Valarie Trapp. The couple got married in 2002 only to divorce in 2006.