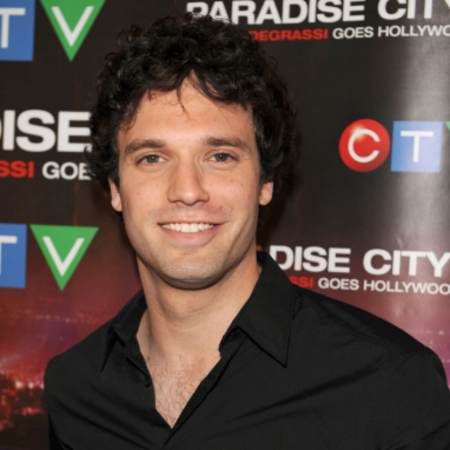 Jake Epstein is a Canadian actor and singer best known for playing the role of a bipolar musician, Craig Manning, on TeenNick television series Degrassi: The Next Generation. He has been married to his wife Vanessa Smythe since July 2018.

Jake Epstein was born as Jacob Lee Epstein on January 16, 1987, in Toronto, Canada, in a Jewish family, to parents Ian Epstein and Kathy Kacer, under the birth sign Capricorn.

His father is a lawyer while his mother is a writer who has received a Norma Fleck Award. He was raised along with his elder sister, Gabi, who is an actress and jazz singer in Conservative Judaism.

Acting Career: Appeared in Degrassi: The Next Generation

Jake Epstein started his professional acting career at the Royal Alexandra Theatre, performing in a Soulpepper Theatre Company production of Our Town.

He then played the role of Artful Dodger in the stage production of Mirvish Productions, Oliver!

In 2000, Epstein played the main role of Cam Dunleavy on the Channel 4 sci-fi television series, The Zack Files. He appeared on the show for two years alongside Robert Clark, Michael Seater and Katie Boland.

In 2002, he was cast as a series regular Craig Manning on the TeenNick television series, Degrassi: The Next Generation. He appeared on five seasons of the show and won a Gemini Award during that period.

His other television and film credits include Girls v. Boys, Ricky's Room, Charlie Bartlett, Full Out, 4th Man Out, Quints, Mom's Got a Date with a Vampire, Charming Christmas and Blood Pressure.

Total Net Worth of $500 Thousand

Jake Epstein has appeared in dozens of films and television series throughout his acting career and thus, he has earned a considerable amount of money from the entertainment industry.

According to multiple online sources, Epstein has an estimated net worth of $500 thousand. As for his salary, the 32-year-old Fall Out star, as per the report, was making $50 thousand to $60 thousand per episode of Degrassi: The Next Generation.

Married to Vanessa Smythe in Toronto

Talking about the relationship status of Jake Epstein, as we mentioned above, the American Idiot actor is a married man. 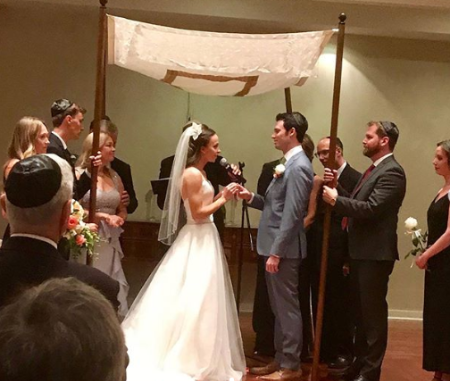 The handsome hunk tied the knot with his long-time girlfriend Vanessa Smythe in a lavish ceremony in Toronto on July 7, 2018. Their close friends and family members were among the wedding guests.