Jadrien Steele is an American actor, director, and author best known as Little John Ryan in the ABC soap opera Ryan's Hope. As an author, he goes by the pen name J. M. Steele and has published two non-fiction books.

How Old Is Jadrien Steele? Who Are His Parents?

Jadrien Steele was born Jadrien Ford Steele on November 22, 1974, in New York City to broker Walanne P. Steele and academic Jerry F. Steele. At the time of this writing, he is 46 years old.

What is Jadrien Steele Known For?

Jadrien Steele had an early start in acting, as in he was still an infant when he was cast as Little John Ryan in the ABC soap opera Ryan's Hope in 1975. He grew up on-set of the show, appearing in a total of 179 episodes throughout the course of nine years.

Despite peaking early, Steele has only had sporadic appearances on film and television. He is credited in 10 appearances on IMDb. He went on to appear as Max in the original run of the NBC sitcom Valerie (The Hogan Family) in 1986. Later that year, he appeared in his first feature film, as Jerry Fox in the drama film The Mosquito Coast which starred Harrison Ford, Helen Mirren, and River Phoenix, among others. 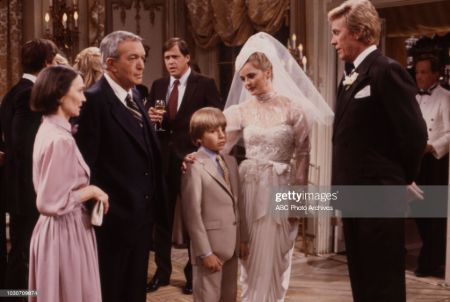 He has since appeared in movies like Victoriana and TV shows like William Tell and Approaching Union Square.

Besides his on-screen acting career, Jadrien Steele is also an author. He has published two non-fiction books to date, namely The Taker and The Market, published in 2006 and 2008, respectively.

Is Jadrien Steele Married? Who Is His Wife?

Jadrien Steele has been married for over 12 years to his wife, Sarah Elizabeth Bagley, ever since tying the knot on January 3, 2009.

How Much is Jadrien Steele Worth in 2021?

While the official word on his net worth has yet to be disclosed, some sources report that he has a net worth of at least $500 thousand. Not only is he an actor-writer-director, but he is also a published author.