Dame Helen Mirren is an English theatre, film, and television actress. She is a triple crown winner of performance arts, having won an Academy Award, an Emmy Award, and a Tony Award.

How Old Is Dame Helen Mirren? What Is Her Height?

Helen Mirren was born Helen Lydia Mironoff on July 26, 1945, in Hammersmith, London, England, to Vasily Petrovich Mironoff and Kathleen "Kitty" Alexandrina Eva Matilda. At the time of this writing, Helen Mirren is 75 years old and stands at 5 feet 4 inches (1.63 meters).

She attended Hamlet Court primary school and subsequently St. Bernard's High School for Girls. She went on to the New College of Speech and Drama in London and received acting training at the National Youth Theatre.

Who Is Dame Helen Mirren's Husband? Does She Have Children?

Helen Mirren has been married since December 31, 1997, to her husband, the American actor Taylor Hackford, after having been in a relationship since 1986. 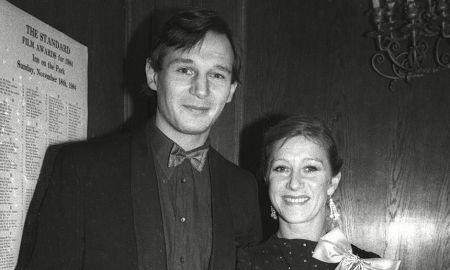 In the early 1980s, Mirren famously lived together with Taken actor Liam Neeson for four years.

What Movies & TV Shows is Dame Helen Mirren Known For? What is Her Net Worth?

Helen Mirren began her professional acting career as a theatre actress. She went on to have a prolific theatre career, capped off with her magnum opus as Queen Elizabeth II in the play The Audience, a role which won her a Tony Award, a Drama Desk Award, and an Olivier Award.

Mirren made her on-screen debut in the mid-sixties. She has since had notable roles in such movies as A Midsummer Night's Dream, Age of Consent, Miss Julie, Excalibur, The Madness of King George, The Hitchhiker's Guide to the Galaxy, The Queen, RED, Arthur, RED 2, Trumbo, Cries from Syria, The Fate of the Furious, Anna, Hobbs & Shaw, and The Duke.

She has been nominated for four Academy Awards, winning the Academy Award for Best Actress for her portrayal of Queen Elizabeth II in the  2006 biographical drama The Queen, a role which also won her a Golden Globe Award. 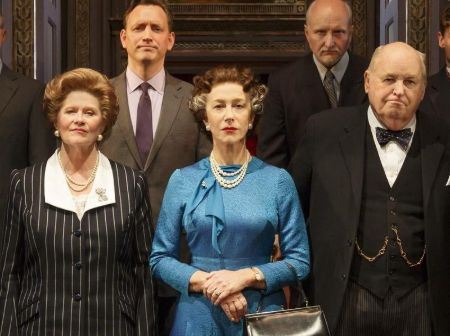 On television, she is best known as  Detective Chief Inspector Jane Tennison in the ITV police procedural drama series Prime Suspect, which would win her two Primetime Emmy Awards. She has also won two additional Primetime Emmy Awards, as the titular characters in the biographical TV miniseries The Pa s sion of Ayn Rand and Elizabeth I, respectively.

She has also been seen in such TV shows as Doc u mentary Now!, Catherine the Great, and Sarah Cooper: Everything's Fine.

Helen Mirren was appointed Dame (DBE) in 2003 and received a star on the Hollywood Walk of Fame a decade later, in 2013.