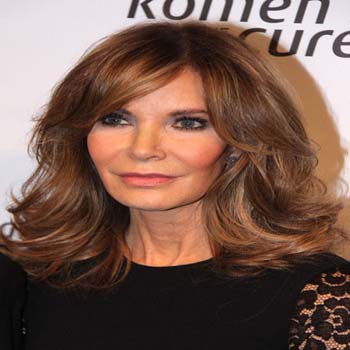 Jacquelyn Ellen Smith is an American actress and businesswoman. In 1983 she was seen in the movie Rage of Angel and later in 1986 she was again seen in its sequel Rage of Angels: The Story Continues.

Jacquelyn was born on 26th of October in 1945.She was born in Texas in U.S.A. Her father’s name is Jack Smith, and her mother’s name is Margaret Ellen. Her father was a dentist .She was from a family of intellectuals so she was always inspired to study hard.

She started her schooling and later got graduated from Mirabeau B. Lamar high school in 1964. Then she attended Trinity University in San Antonio. She was interested in dancing and acting from her very early age. After college she moved to New York City for dancing but she started her career in modeling and acting later.

She started her participation in media sector in 1969 through advertisements. Her first acting was for Bogen County in 1977. In 1978 she was seen in the Joyce Haber’s The Users. She also played in suspense thriller Nightkill. But she is popular for 1981 movie Charlie’s Angel.

Her act in movie Jacqueline Bouvier Kenney earned her a Golden Globe nominations. In 1983 she was seen in the movie Rage of Angel and later in 1986, she was again seen in its sequel Rage of Angels: The Story Continues. She appeared in number of movies series during the 80s and 90s.

She was seen in George Washington, Florence Nightingale, The Night They Saved Christmas. Windmills of Gods, The Bourne Identity, Settle the Score, Lies Before Kisses, The Rape of Dr. Willis, in the Arms of a Killer, Kaleidoscope and Family Album. She also was featured in Déjà vu which was directed by her then-husband.

She appeared in Law and Order: Special Victims Units.Later in 2012 show as seen in CSI: Crime Science Investigation. In 1985 she was seen to be participating in business too. She introduced herself in the business field with women’s collection and designing clothes. In 200 she allowed a documentary over her success.

She has already been married four times till date. Firstly she was married to actor Roger Davis which lasted for 7 years from 1968 to 1975 .Following their divorce when she was single she again started dating Dennis Cole and after 2 years of dating she got married with him in 1977 and later divorced in 1981.

After divorce with him in 1981 she married Joe Cole in 1981 with whom she had 2 children named Gaston and Spencer Margaret. After she divorced with him too she again got married to Brad Allen in 1997 .

She is 1.70 m tall and weighs around 54kg. Her body measurement is 34-26-30. Her net worth is $75 million USD. She is basically popular in Acting and Modeling. Her neck size is 8.9 while her shoe size is 9.Her zodiac sign is Scorpio. There is not much information about her salary but she is assumed to have earned enough to live a gentle life.