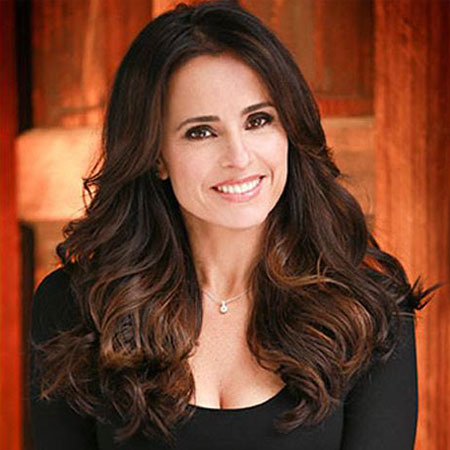 Jacqueline Obradors a.k.a. Jackie is an American actress best known for her portrayal of Det. Rita Ortiz in the ABC crime drama series NYPD Blue. She has appeared in films such as Six Days, Seven Nights (1998), Deuce Bigalow: Male Gigolo (1999), Tortilla Soup (2001), A Man Apart (2003), and Unstoppable (2004).

Obradors is of American nationality and belongs to the Hispanic ethnicity. She was raised in California along with her sister Young Justice. Since her early days, she joined dance classes.

Jacqueline worked as a cashier at Hughes Market in Canoga Park, California before she pursued a career in acting.

Jacqueline Obradors began her career in acting with an appearance in a television Parker Lewis Can't Lose in 1992 and subsequently landed one-off roles in series such as Diagnosis Murder, Murder She Wrote, George Lopez, Franklin & Bash, The Glades.

Jacqueline's first film role came in the form of Red Sun Rising (1994). She was cast alongside Don Wilson, Terry Farrell, Mako, and Michael Ironside, among others in the movie.

Obradors later worked as Vasquez in the 1995 movie Soldier Boyz. The movie starred Michael Dudikoff, Cary-Hiroyuki Tagawa, Tyrin Turner, and Channon Roe, among others in the movie. The following year, she went on to play the role of Patricia Decalde in Murder She Wrote's episode 13 Death Goes Double Platinum.

Obradors got her breakthrough movie three years later when she starred opposite Harrison Ford in Six Days Seven Nights (1998). She earned a Blockbuster Entertainment Award nomination for her performance in the movie.

Jacqueline Obradors starred alongside Michael J. Fox, Cree Summer, James Garner, Leonard Nimoy, Don Novello, and Phil Morris, among others in the movie, Atlantis: The Lost Empire in 2001. She was cast alongside Harrison Ford, Anne Heche, David Schwimmer, and Temuera Morrison, among others in the 1998 adventure comedy film, Six Days, Seven Nights.

Later, she played the recurring characters Detective Elena Vera in Battery Park (2000), Sofia in Freddie (2005-06), and Paloma Reynosa in NCIS (2010).  In 2001 she voiced Audrey Rocio Ramirez in the animated Disney's Atlantis: The Lost Empire, as well as its 2003 sequel Atlantis: Milo's Return.

Obradors' well-known television roles include Myra in The John Larroquette Show, Carol in Sliders, Irma in Jesse, Sofia in Freddie among others.

In 2018, she appeared in a pilot episode of the drama TV series Mayans MC. The following year, Obradors played the role in the TV series Bosch.

Jacqueline Obradors' Salary And Net Worth

Jacqueline Obrador has been working as an actress for over two decades and in this period, she has worked in several Box Office hit movies which makes sure that she was provided a whopping payment for those movies. Her net worth according to some sources is believed to be around $5 million, as of 2019.

Actress Jacqueline Obradors is married and is living a happy married life with her husband. She is married to Juan Garcia for a long time. According to some online tabloids, her husband Juan Garcia is a movie producer known for his involvement in movies like The Net, Bounce, and El Mariachi. The couple has been sharing a blissful married life for the last many years but they don't have any children.

In 2015, she was rumored to be dead. Few tabloids reported her death news which was caused by an accident. Jacqueline later claimed it to be a piece of hoax news.