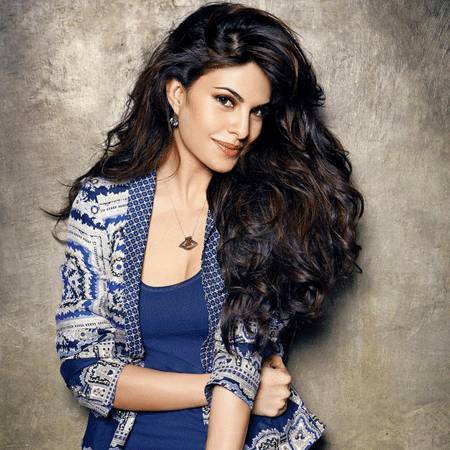 Jacqueline Fernandez was born on 11th August 1985 in Manama, Bahrain. She is a Sri Lankan model, actress and the winner of 2006 Miss Universe Sri Lanka pageant. Her mother Kim is of Malaysian descent and her father Elroy is of Sri Lankan descent. She was raised in a multi-ethnic family. Jacqueline’s father was a musician in Sri Lanka and her mother was an air hostess.  The actress has one eldest sister and two elder brothers and she is the youngest child in her family.

Jacqueline Fernandez attended school in Bahrain and later on graduated in mass communication from the University of Sydney in Australia. She also attended the Berlitz school of language, where she improved her French and Arabic and learned Spanish. Following her graduation, she started working as a television reporter in Sri Lanka.

Jacqueline Fernandez has always aspired to become an actress from her young age and had fantasized about becoming Hollywood movie star. She has also got training from the John School of Acting. As she was a television reporter Jacqueline got modeling offer, as a result, she was crowned the 2006 Miss Universe Sri Lanka pageant.

Jacqueline Fernandez traveled India in 2009 for a modeling assignment. By studying acting under the mentorship of theater director named Barry John, she successfully auditions film named ‘Aladin’. It was her debut in an acting career in 2009. On the following year 2010, she got another film named ‘Jaane Kahan Se Aayi Hai’. The film was a science fiction romantic comedy. In the same year, Jacqueline made a special appearance in a song of a comedy film name ‘Housefull’.

Her first commercial success was the Mahesh Bhatt’s thriller film named ‘Murder 2’. The film marked a turning point in her career. She was praised for her performance, boldness, and sex appeal in the film. Following year, Jacqueline appeared in the sequel of a comedy film named ‘Housefull 2’. The film became one of the top-grossing production of India and earned $28 million.  In 2013, Jacqueline Fernandez's another sequel film named ‘Race 2’ got released which was also emerged as a commercial success.

Jacqueline Fernandez worked in the film named ‘Kick’ in 2014 opposite to the popular Indian actor named Salman Khan. The film was also a big success. In 2015 she has appeared in a romantic thriller film named ‘Roy’. Her other films include ‘Bangistan’, ‘Brothers’, ‘Definition of Fear’, ‘Housefull 3’, and Dishoom’.

Jaqueline Fernandez had an affair with a Bahraini prince named Hassan bin Rashid AL Khalifa. She met him at a mutual friend’s party. After three years of the affair, the couple got separated. Later in the same year, she started dating the director named Sajid Khan of film named “Housefull 3’. The affair attracted media coverage in India and it was also rumored that the couple was going to marry but the couple separated in 2013. She has not married yet. The estimated net worth of Jaqueline is $9 million.

Jacqueline Fernandez stands tall with the height of 5 feet 7 inch and weighs about 56 kilograms. Her figure measures 34-25-35. Her eye color is dark brown and her hair color is black.